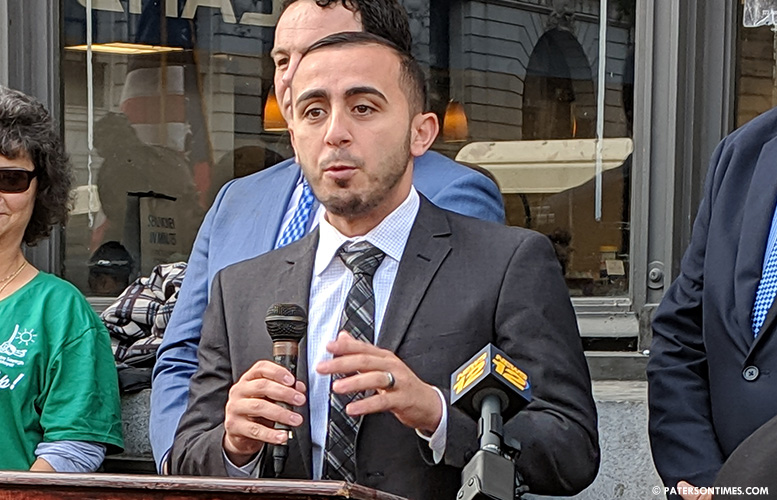 After his sole opponent dropped out on Thursday, councilman Al Abdelaziz is running unopposed in the 6th Ward race.

Shoug Mayson, a Wall Street wealth manager, submitted the needed signatures, but municipal officials found many of his petitions were defective.

“I was surprised when they said 56 of them were not registered,” said Mayson. “I started off the list so how are they not registered?”

Mayson said he obtained a list of 6th Ward voters from the Passaic County government. He was told some voters were removed from the list for being inactive. In at least one case, a municipal official told him a voter was deleted from the list because of “inactive confirmation” through two federal general elections.

Mayson said he cured 30 of the defective petitions. He had to cure all by Thursday, he said. In one case he visited a senior and told him that officials said his name was not on the list of registered voters.

“I’ve been registered for 20 years,” Mayoson recalled an upset senior telling him.

Passaic County superintendent of elections Shona Mack-Pollock could not immediately be reached for comments on Friday morning.

Mayson’s move to drop out of the race means Abdelaziz has no opponent in the 6th Ward election.

“Even though I’m running unopposed, I’ll still be running hard. I’m going to campaign like I planned to. I’m going to hit every door, interact with my neighbors and continue to advocate for their needs like I’ve been doing for the past two years,” said Abdelaziz on Thursday.

Abdelaziz said he has been able to deliver for his residents since taking office in Jul. 2018. He was appointed to fill the seat vacated by mayor Andre Sayegh, who previously served as the councilman for the 6th Ward. Abdelaziz successfully defended the seat in a special election in Nov. 2018.

Abdelaziz said among his accomplishments in the past two years were reconfiguring 21st Avenue to increasing parking, playing a key role in instituting the quality of life patrols, lobbying to renovate Brandes Field and Buckley Park through a capital plan, and working hand in hand with PSEG to repave roads curb to curb. PSEG is known for resurfacing half of a roadway.

Mayson said he wants to serve the public and is looking towards potentially running for office in the next election.