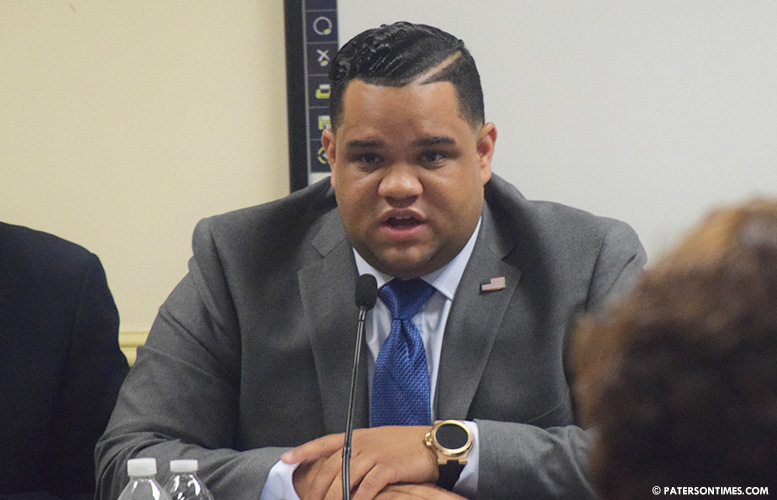 Passaic County election officials have cleared Ramon Joaquin, who faced questions over his residency, to run for the City Council seat in the 5th Ward. At the heart of the matter is whether Joaquin lives at a house on 20th Avenue in the 5th Ward or East 33rd Street in the 3rd Ward. The law states a candidate must live in the ward he is seeking to represent.

“Mr. Joaquin’s legal domicile is where he is currently registered to vote, 42 20th Ave., Paterson, NJ,” reads a letter from Passaic County superintendent of elections Shona Mack-Pollock dated Mar. 20. Her office conducted an investigation into Joaquin’s residency after a private investigator’s surveillance footage suggested the candidate did not live in the 5th Ward.

“I was willing and open to an investigation. It just proves what I have said from the beginning,” said Joaquin on Monday. “They knew I was a serious contender. It was basically to slow me down. I didn’t let that get to my campaign.”

Mack-Pollock letter states Joaquin has been a registered voter at the 20th Avenue address since Jan. 4, 2019. Before that Joaquin was registered voter at 179 Kearney Street. Joaquin provided Mack-Pollock’s office his driver’s license, vehicle registration cards, rent receipts, vehicle registration, tax documents issued by his employer, and medical billing statements that supported his assertion that he resides at the 20th Avenue address.

Joaquin allowed investigators to inspect his residence at 20th Avenue. However, Joaquin acknowledged sleeping 3-4 nights a week at the East 33rd Street residence in the 3rd Ward but maintained that he is legally domiciled at the 20th Avenue address, according to the letter.

“He admitted 3-4 nights he stays in the other house,” said incumbent councilman Luis Velez. “He does not live in the ward. He can trick everybody else, but he cannot trick the constituents of the 5th Ward.”

Velez said the 5th Ward does not need a “part-time councilman.” He said Passaic County officials did not do a deep investigation into the matter. Passaic County election officials were provided evidence that was collected by the private investigator. “I think they made the wrong decision,” he said.

“This is the problem we have. The system is partially broken,” said Velez. Indeed, residency controversies have become common in Paterson elections over the past decade. For example, two years ago, police union president Alex Cruz ran for mayor claiming residency in Paterson while his wife and children lived in Little Falls. Cruz was cleared by a Passaic County judge to run.

Mack-Pollock did not respond to a call seeking an explanation for the decision. She has not responded to repeated calls for comment. She was appointed to serve as superintendent of elections and commissioner of registration for $100,600 last year.

“They have to do their jobs rather than continuing to look the other way with obviously fraudulent paperwork,” said prominent developer Charles Florio, who hired a private investigator to surveil Joaquin. Florio and Joaquin are embroiled in a lawsuit. Florio is also Velez’s landlord. “It sends a clear message you can lie, get caught and we will just take your word for it.”