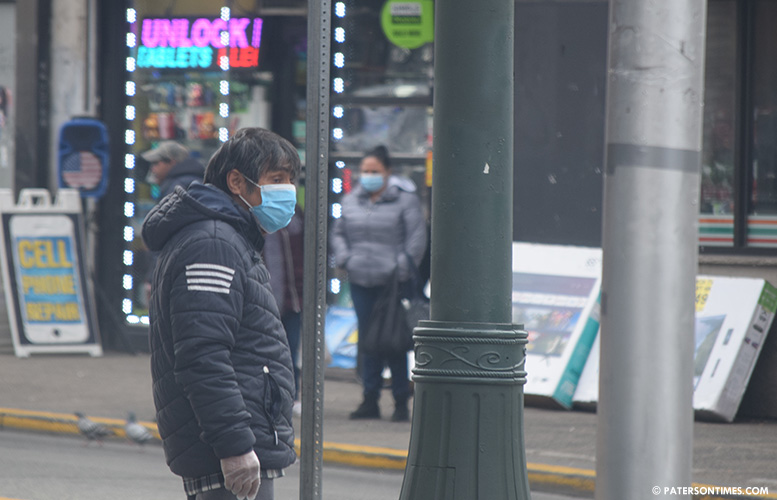 The number of people tested positive for the new coronavirus increased from 1,097 to 1,182 with 11 deaths in Paterson on Monday, according to municipal government data.

Over the weekend, 477 firefighters and police officers were tested for Covid-19.

“Our first responders are exposed,” said mayor Andre Sayegh, speaking from the Bill Pascrell Firehouse in a video on his social media page, on Saturday. “Let’s make sure they get tested so they are not infecting anyone else.”

Fire chief Brian McDermott had said one of the key goals is to identify public safety employees that are asymptomatic, those that have the virus but are not showing symptoms such as dry cough, fever, and shortness of breath.

Accu Reference Medical Lab of Linden conducted the tests over the weekend. Municipal officials had scheduled for another 250 tests for Monday. Sayegh had said he wants to see public works employees, particularly those that pick-up recycling, receive testing.

Four lines for vehicles and one line for walk-ins was set up at the firehouse on McBride Avenue on Saturday. A dozen police and firefighters were infected, officials revealed last month. Several dozen others, who came in contact with them, have been placed under quarantine.

“If we’re carrying the virus, we’re passing the virus. We don’t want to do that,” said McDermott in the video.

Test results are expected to be ready in 2-4 days.

Municipal officials have not released details of the last two fatalities. Age of the victims in Paterson has ranged from 36 to 84. Seven were men and three women, according to public data.

Paterson is seeing a growing trend of transmission within households. Health officials are urging people to practice social distancing in the home.

Paterson has the most cases in Passaic County. The county reported 3,756 cases with 53 deaths. Overall, New Jersey reported 41,090 cases with 1,003 deaths on Monday. New Jersey has the biggest number of cases in the United States behind New York State.