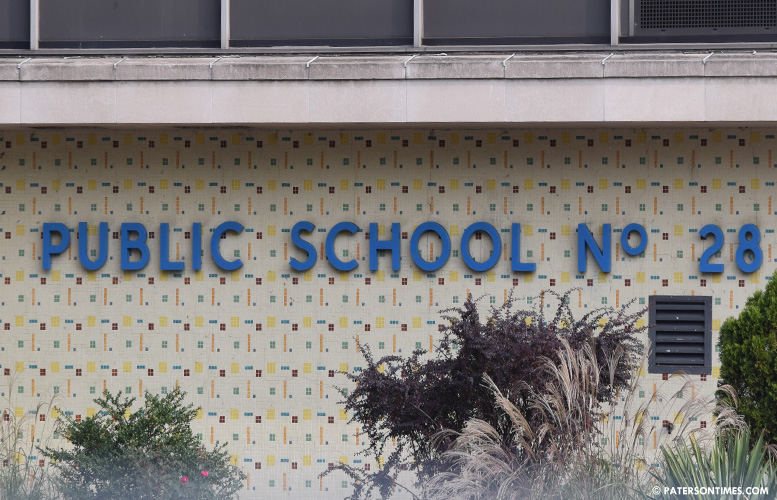 A gym teacher, intervening in a fight between students, restrained a 2nd grade special education student by “laying on top” of him, according to a state arbitrator’s decision.

Blanca Godinez, who has taught at the district for 20 years, was taken up on tenure charges for the conduct.

On Feb. 20, 2019, Godinez was teaching her gym class at School 28. She observed the boy, identified as J.W., toss his backpack at another student who was trying to run up the bleachers. The backpack did not hit the student or any staff.

Godinez  “physically restrains J.W. for about two minutes by laying on top of him with her back facing his back, her knees bent and, at times, holding his leg with one hand and his shoulder/arm area with the other as he was laid out on the gym floor,” says the decision issued by arbitrator Joseph Licata.

How did Godinez end up on the floor? A video of the incident has a 15-second skip due to lack of bandwidth issues at the school and does not show how she ended up on the floor. She asserts the student pulled her down. The arbitrator did not find her claim to be credible based on the testimony of other eyewitnesses.

“You hurt me,” the boy, crying, yelled after Godinez ceased laying on top of him.

No one took him to the nurse, says the arbitrator’s decision. Two of Godinez’s colleagues, Nicholas Vanderlofske and Beverly Thomas, who were responsible for J.W., did not intervene as the incident unfolded, according to the decision.

The 2nd grader had been unruly and aggressive in the gym class prior to the incident involving the physical education teacher. He had pushed a “Little Tykes” car into the locker room where other students were potentially in harm’s way, says the arbitrator’s decision. Godinez admonished him.

J.W. halts acting out, but another student swings his backpack at him, striking him in the back and causing him to fall down on top of a bleacher bench. Godinez does not see this incident. She only observes J.W. tossing his backpack at the other student.

Godinez split her time teaching gym at School 28 and the Edward Kilpatrick School. Five days later she found herself observing in another fight between students.

On Feb. 25, 2019, two students at the tiny Edward Kilpatrick School gym were involved in a fight, pushing and throwing punches at each other. Other students gathered and watched the fight.

Both students belonged in Godinez’s class, but she did not intervene top break up the fight, according to the decision.

Godinez testified that she verbally commanded the belligerent parties to stop. Due to an injured back from the incident from five days earlier she could not physically intervene. Two other staff members, who heard commotion in the gym, came in and broke up the fight. Godinez claims she worked with both to break up the fight.

Godinez told the school’s principal she yelled at the students to halt their fight. She also told the principal breaking up a fight is not a teacher’s responsibility.

Joseph Licata upheld Godinez’s removal from the teaching post. She did not have any prior disciplinary history. Licata ruled in favor of the district in a 74-page decision that was issued on March 9.