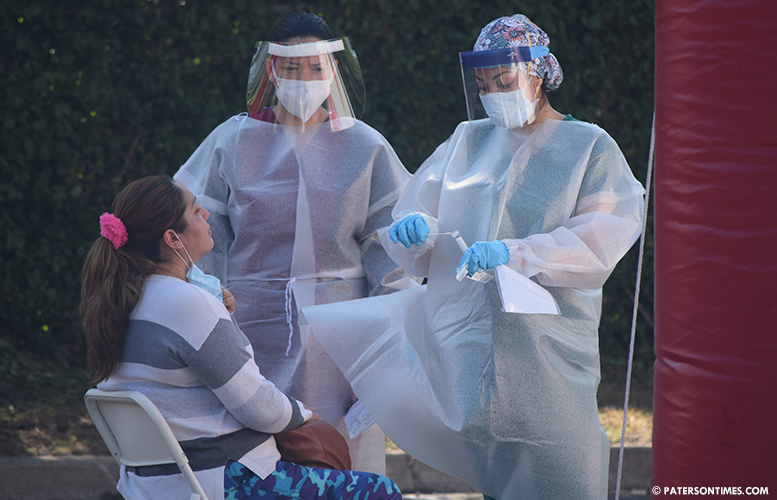 A long line of people formed outside of the newly opened coronavirus testing site in Paterson on Monday morning. Some people began lining up as early as 6 a.m.

Keisha Jones was among the first people to appear at the testing site outside of the old Barnert Hospital.

“They are just putting the tent up,” said Jones little after 9:30 a.m. The site was scheduled to open for patients at 9 a.m. She said she had been in line since 6:45 a.m.

Jones was called at about 10 a.m. She walked up to the tent, behind which were folding chairs. She sat in one of the chairs. A medical personnel inserted a long swab into her nostril.

“Oh shit,” Jones said in pain. She was finished in matter of minutes.

A person must have a prescription to receive testing. The site is also limited to Paterson residents. A woman, who did not have insurance, said she was charged $50 for the test.

Mayor Andre Sayegh announced the testing site on Thursday. The site was announced as a drive-thru testing site, but on Monday morning, first day of operation, the site operated as a walk-in testing site.

Some thought the site was run by the city.

“He sold it as a city site. It’s an independent doctor,” said councilman Flavio Rivera speaking about the mayor. “That’s not what we asked for.”

The City Council which also functions as the Board of Health had urged the mayor to set up a testing site in the city.

Rivera said he wanted a site that offered testing to residents, particularly those without insurance, for free.

Rivera said the mayor is offering free publicity to the doctor.

The mayor reiterated it wasn’t a city run testing site.

“We are providing a tent, generator, lighting, tables, and seats. We support this effort to expand access to testing for our residents,” said Sayegh.

The line of people formed on East 32nd Street and snaked around into 13th Avenue.

Jonathan Risher was also on the line waiting for a test. He works for Public Works, but missed the day when the city offered them testing. He said he appeared at 7 a.m. He said initially, the line formed across the street at the parking lot of the old Barnert Hospital, but later everyone were told to cross the street.

“This is so unorganized,” said a woman standing in line.

At one point, the inflatable tent with the text “City of Paterson” nearly collapsed. But the medical personnel inside the tenet managed to hold it up until fire department employees addressed the situation.

Fire chief Brian McDermott said fire personnel appeared at the scene and smoothed out some of the kinks at the testing site.

“I’m happy,” said councilman Luis Velez, who was at the site on Monday morning. He was happy to see a test site for residents within the city. “This is going to be small for the amount of people coming in.”

The site opened with 250 tests.

Velez had said the Passaic County testing site at William Paterson University is too far away for residents. Many residents lack cars, he had said.

Velez said he was also happy that senior citizens were receiving testing. The Paterson Housing Authority is offering testing to seniors at six buildings. Velez said every apartment units at 199 Carroll Street was offered testing on Monday.

Paterson has the largest virus outbreak in Passaic County. It had 5,117 infections with 166 deaths on Sunday.

The testing site will operate seven days a week from 9 a.m. to 5 p.m., Afanonja said during the announcement last week.

The change from a drive-thru to a walk-in site will likely ensure hundreds of residents in one of New Jersey’s poorest cities could receiving testing at Afanonja’s site. 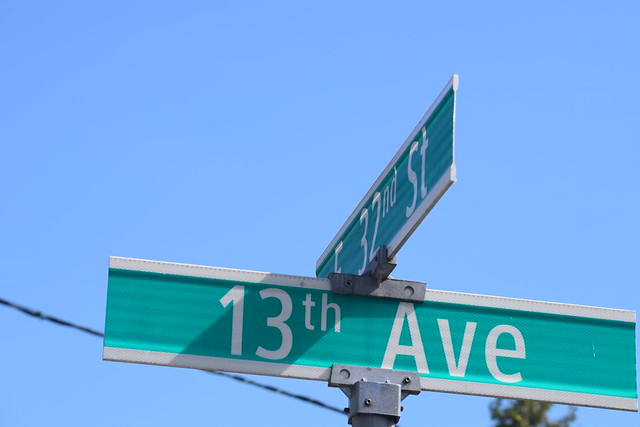