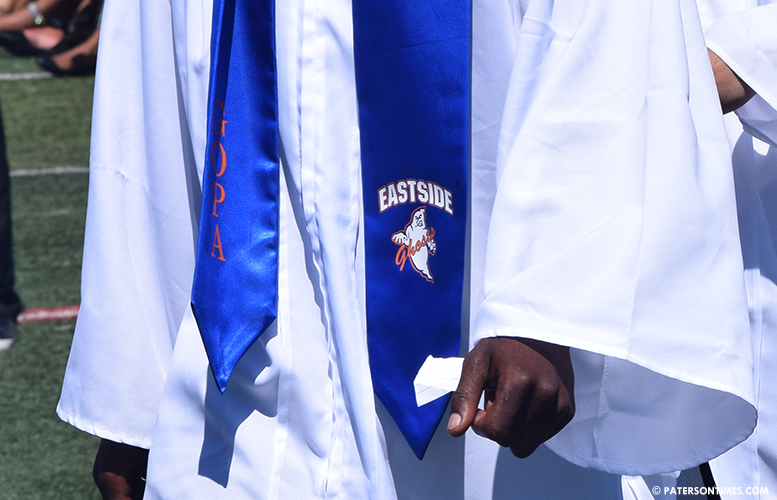 After years of non-stop increase, Paterson high school graduation rate has been declining over the past two academic years.

Data shows the district’s graduation rate dropped to 84.8 percent in 2018, down three points from the previous year. In 2019, the rate dropped another 5.6 points to 79.2 percent.

School board president Kenneth Simmons said the drop last year is attributed to the change in the way the state calculates graduation rates.

State officials confirmed the change that was made in 2019. The change ensures students attending an alternative school that were not submitted with a “regular or vocational” receiving or resident school were included in the district’s graduation rate, said a New Jersey Department of Education spokesman.

But the change does not explain the drop in 2018.

Superintendent Eileen Shafer’s spokesman did not respond to a message for comment.

“We’re going to have to buckle down and figure out what it is. Numbers don’t lie. It’s obviously a problem now,” said school board member Corey Teague.

The district’s high school graduation rate was at 45.6 percent in 2009. It increased every year until 2017, when the rate peaked at nearly 88 percent. 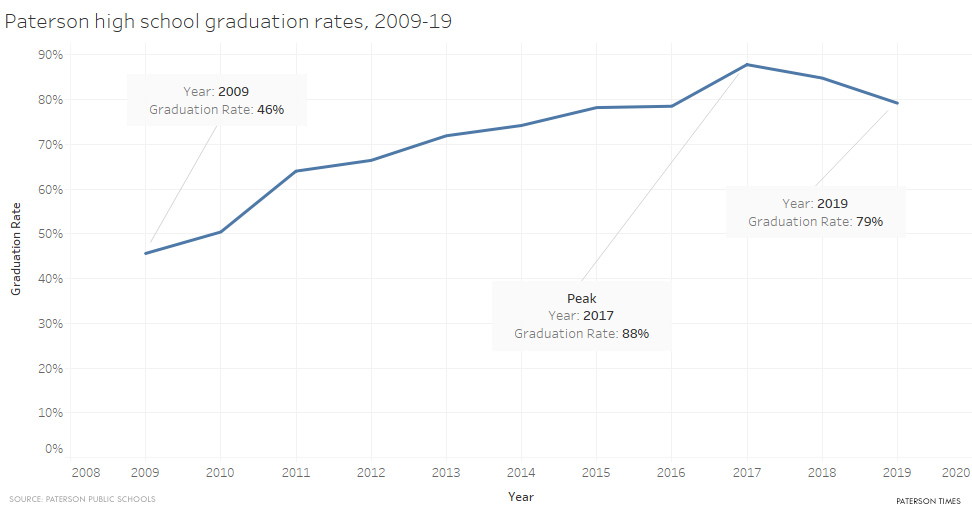 Shafer was tasked, as part of her merit goals, with increasing the district’s graduation rate by 2 percent in 2019, but she had to do it by decreasing the number of students graduating via an alternative route called the “portfolio” method by 5 percent.

“She just got a bonus,” said Teague. “How do you justify your bonus with graduation rate dropping?”

Shafer received a $19,400 bonus payment for 2019-20 school year. She could have collected $34,926 in bonuses on top of her $233,000 salary, but she fell short on two — increasing graduation rate and boosting standardized English exam scores — of the five merit goals.