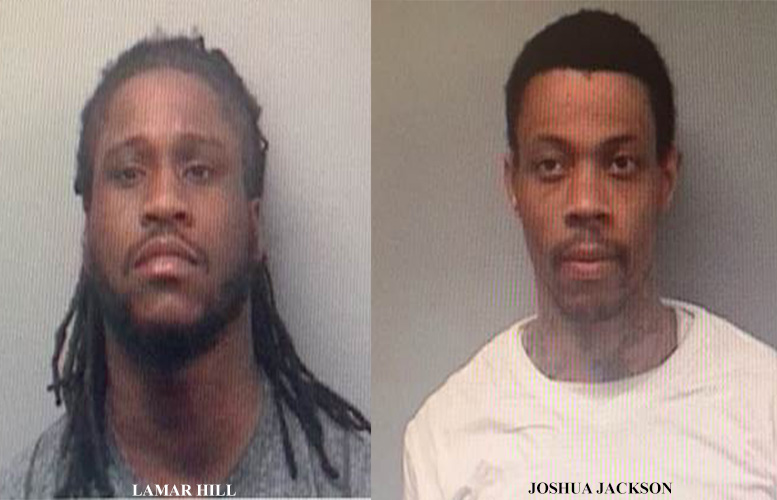 Hill was additionally charged with obstructing a governmental function.

Both men were inside a black Chevy Malibu that failed to follow traffic rules on Carroll and Governor streets at around 2 a.m.

Officers approached the vehicle and smelled phencyclidine (PCP). Hill exhibited signs of being under the influence, authorities said. He refused to submit to a screening.

Hill and Jackson were removed from the vehicle. A clear bottle with 1.5-ounce PCP was seized from the center console area. Authorities seized $383 cash from Hill and $41 from Jackson.

Both men are being held at the Passaic County Jail.