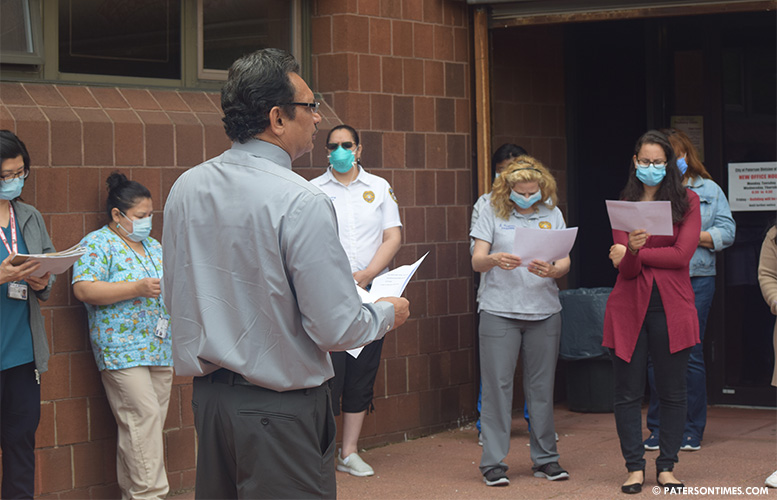 Sayegh said the Community Mobile Testing Unit will be able to take the test to “the people.” He said a plan is being devised to use the mobile unit to conduct tests throughout the city, particularly in needy neighborhoods.

“We’re putting together plans for that right now,” said Persaud (pictured addressing the Strike Team) of the latest testing plan. He said testing kits will be obtained from LabCorp to conduct the tests.

Persaud hopes to have the unit operational by next week. He said the effort will be paid for through federal Cares Act funds.

“We’ll cover every ward. We’re going to cover every corner that’s the advantage of having a mobile unit,” said Persaud.

Residents desperate for testing turned a drive-thru testing site that opened at the old Barnert Hospital in early May into a walk-up site. The operator of the site, seeing a long line that formed, obliged and converted the location into a walk-up screening site.

The mayor and the health officer mentioned the upcoming initiative at the outdoor meeting of the renowned Paterson Strike Team, a 55-person contact tracing and communicable disease investigation unit, that is being touted as a national model.

“We’re achieving success in saving lives because of you,” Sayegh told the dozens of members of the Paterson Strike Team in front of the Board of Health. “I can’t begin to commend all of you enough for what you’ve done.”

Sayegh described the Strike Team as the “best contact tracing team in the world.” He received a dozen or so claps. “Hey. Listen. I read the New York Times. I haven’t seen them feature anybody but you.”

Both Sayegh and Persaud appeared on MSNBC and CNN respectively to explain the work of the contact tracing team.

“We’re achieving success in saving lives because of you,” said Sayegh. “As long as I know you are here, I know Paterson is in very good hands.” 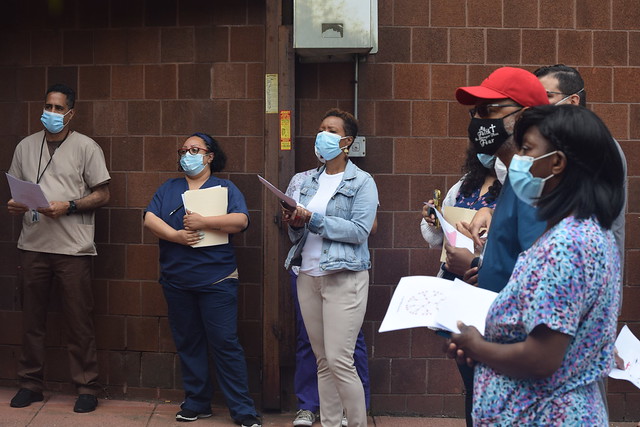