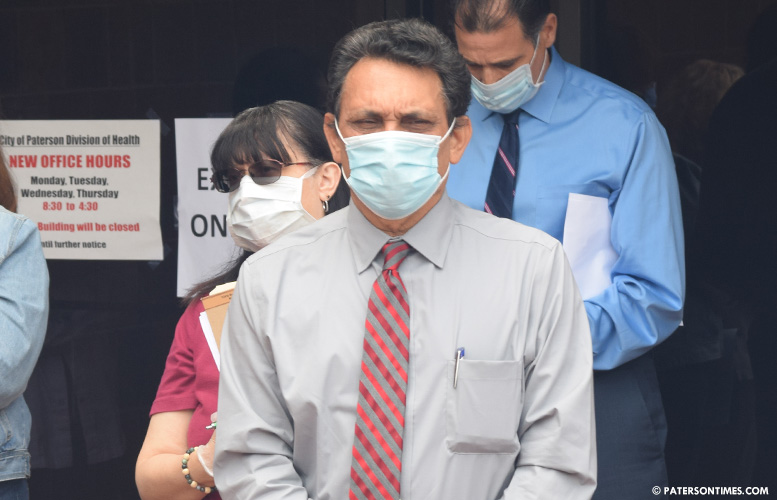 One of the most important functions of a municipal health department in New Jersey is to investigate communicable diseases. In the event of a communicable disease outbreak, part of the investigation and field work is done at the local health department. In New Jersey we are fortunate to have a wonderful tool – Communicable Disease Report and Surveillance System (CDRSS) where public health partners statewide can instantly report and track incidences of communicable diseases. The CDRSS facilitates the timely reporting and immediate sharing of pertinent data, thus supporting appropriate public health responses, be they isolated incidences or multi-state outbreaks. Positive laboratory reports of communicable diseases are entered into CDRSS either by electronic laboratory reporting (ELR) transmissions or are entered manually on a daily basis from clinical laboratories and acute care hospitals.

When I became Paterson’s Health Officer approximately six years ago, I was always concerned about what would happen in the event of a large-scale outbreak of a communicable disease or foodborne illness. I was concerned because I only had a couple of communicable disease investigators on hand. This would not suffice if there was a large outbreak. I addressed the deficiency but did not get far because of various reasons. Very often I would discuss my concerns and solutions with the Nurse Supervisor Kate Bond. Kate understood those concerns, but again for various reasons we were limited as to what could have been done. In 2019 we had two incidents in Paterson – a potential Meningitis outbreak and a Hepatitis A outbreak. Residents were on heightened alert. We would have been able to handle those two events, and we have attended to much larger communicable disease outbreaks.

In the summer of 2019, the State Department of Health advertised a Request for Proposal for a Capacity Building in Communicable Disease. The City of Paterson, Division of Health was eligible for that grant so with the blessings of Mayor Andre Sayegh we did our SAGE application. In the proposal I provided the rationale for the City of Paterson, Communicable Disease Strike Team consisting of twenty of our most qualified employees. While the state agreed to fund us, we were told to scale back from twenty to about five. I was reluctant to do so and explained why I needed such a large team. In the end I complied with the state’s request because they were providing the funds. However, my plans were not foiled and once we received funding, I proceeded to form the strike team not with twenty, but twenty-five members. I could not have used state funds, but my team agreed to be cross trained without receiving additional pay. Our plan included three trainings – two days of Louisiana State University training on outbreak investigation, NJ State Communicable Disease and CDRSS trainings. In addition, once more resulting from Mayor Andre Sayegh’s participation with Mayor Bloomberg, the team received training in contact tracing from John Hopkin’s University.

When the first cases of COVID-19 appeared in Paterson in mid-March, we knew the Communicable Disease Strike Team would be called to action. As the number of cases increased, we fully engaged the team. At that point in time I proceed to design a split-level team to respond to the increasing number of cases. Twenty-five disease investigators would do the epidemiological case investigation, determine the isolation, and quarantine periods and elicit close contacts with telephone numbers. Another twenty case and contact monitors would follow up on those cases and contacts every day for the duration of the quarantine period. Some of those case and contact monitors were later trained to become disease investigators. So, the team was augmented and today the Strike Team is fifty-five strong. The split design worked well in Paterson when there was no funding and the waves of new cases were consistent and cresting even higher. I have a dual role in the Strike Team, not only leading the team but also actively doing disease investigation and contact tracing. Every week we meet as often as needed to discuss strategies, cases, responses, and some epidemiology trainings. Week after week the team has grown in strength. Prior to our first cases, when I was saying that at the Division of Health, we were ready; I was referring to the readiness of the City of Paterson, Communicable Disease Strike Team, and specifically what we are tasked with doing.

The City of Paterson, Communicable Disease Strike Team is a truly remarkable group of qualified cross trained municipal public health employees. This scalable team was formed simply to boost our capabilities to respond to a large outbreak of communicable diseases or foodborne illnesses to protect the residents of the City of Paterson. However, I never envisioned a pandemic of this magnitude resulting in a global public health and economic crisis. The battle is not over, but the City of Paterson Communicable Disease Strike team is now “battle hardened”. Armed with only the weapon of public health prevention measures, we stared down at this virus day after day and refused to be knock down. I agree with Mayor Sayegh, our Communicable Disease Strike Team is the Best in the World! Thanks to the numerous news coverage, we are no longer an obscure team.

Written by Dr. Paul Persaud, health officer for the City of Paterson.