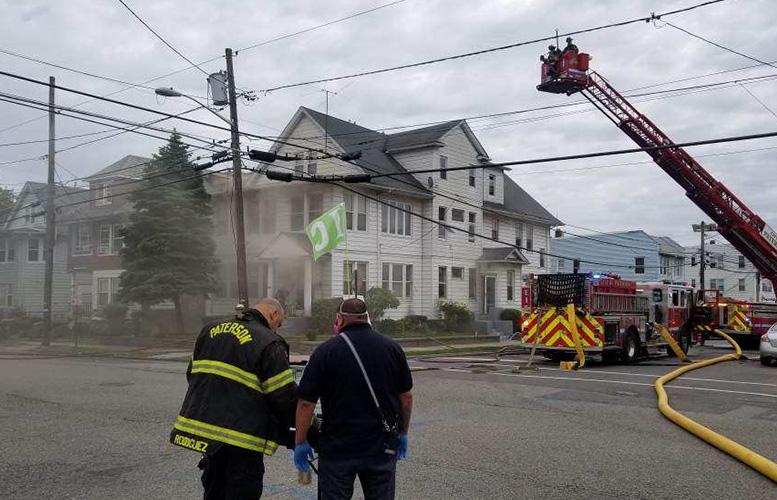 A person has died in a house fire on 17th Avenue on Tuesday afternoon.

Firefighters responded to the blaze at the two-story house in the corner of 17th Avenue and East 30th Street at around 2:30 p.m.

Fire started in the basement of 276 17th Avenue and was climbing to the upper floors. Fire reached second-alarm, official said.

No information about the deceased was released. The Passaic County Prosecutor’s Office is investigating the fire.

Five people were displaced from their homes as a result of the fire.