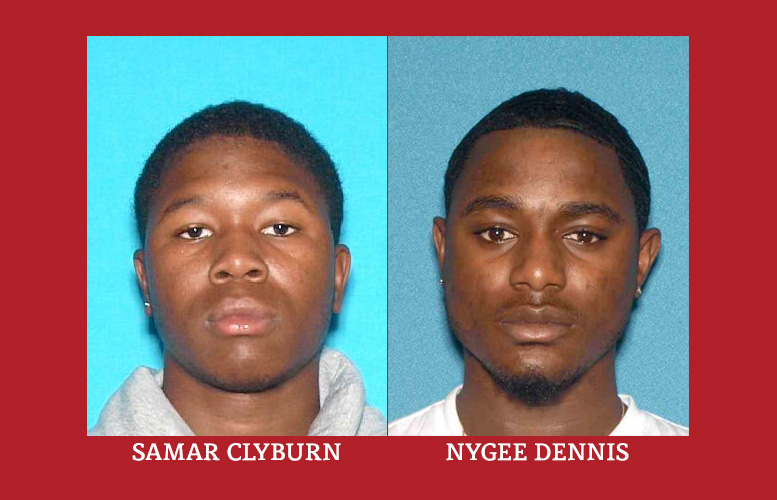 The police arrested two city men on Tuesday night for their alleged role in a shooting on Belmont Avenue, according to the Passaic County Prosecutor’s Office.

Samar Clyburn, 21, and Nygee Dennis, 22, have been charged with unlawful possession of a handgun.

Clyburn is also charged with tampering with physical evidence.

Authorities said at around 8:20 p.m., police were advised Dennis arrived at Saint Joseph’s Regional Medical Center seeking treatment for a gunshot wound to his leg.

Detectives determined Clyburn and another man were seated inside a vehicle on Belmont Avenue.

Dennis tried to enter the vehicle. A handgun in his possession went off, striking him in the leg. After the shooting, Clyburn assisted in getting rid of the weapon from the crime scene, authorities said.

Police have not recovered the weapon used in the incident.

Prosecutors will file a motion for pretrial detention of both men.