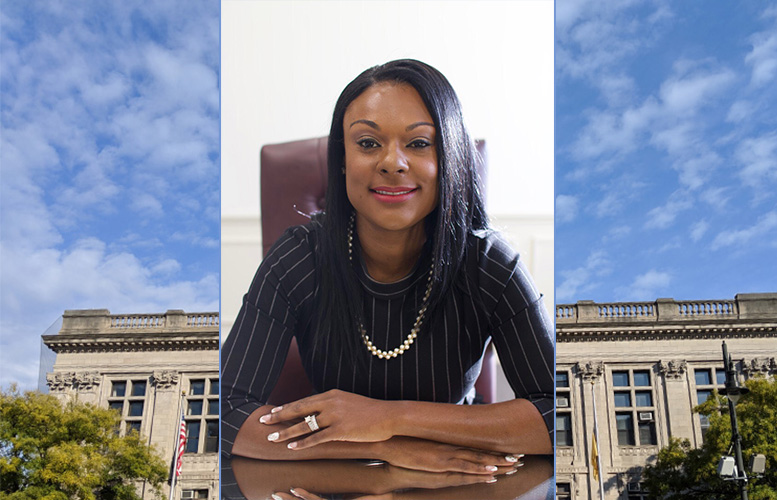 Former municipal law director Khalifah Shabazz’s law firm is getting a $230,000 contract from the Paterson school district to serve as general counsel.

Her other law firm, Khalifah Shabazz, LLC of Newark, which was given a contract last year, will receive a new contract to continue handling workers’ compensation cases for $160 per hour, according to district records.

School district officials said Shabazz’s firm was picked for the general counsel contract after a request for proposal process.

15 vendors were solicited for proposals. 7 responded, according to records.

Shabazz’s firm is replacing Robert Murray, who had served as the district’s general counsel over the past years.

The Democratic Party machine-run school district is expected to award the contract next Wednesday.

Shabazz has given $12,050 in political contributions to mostly Democrat Party candidates over the past years, according to state campaign finance records.

She was appointed to serve as the city’s corporation counsel by mayor Andre Sayegh after he came into office. She was among the Sayegh administration officials who bypassed the city’s biometric system used to track employees’ work hours. She resigned after 13 months.

Superintendent Eileen Shafer was searching for a new general counsel last July. Shabazz was among the candidates seeking the contract, officials said at the time.

Shafer did not move forward with a contract last year.

School board members approved the contract for Shabazz’s firm on June 17.

This story was updated on June 24, 2020 with contract approval date.