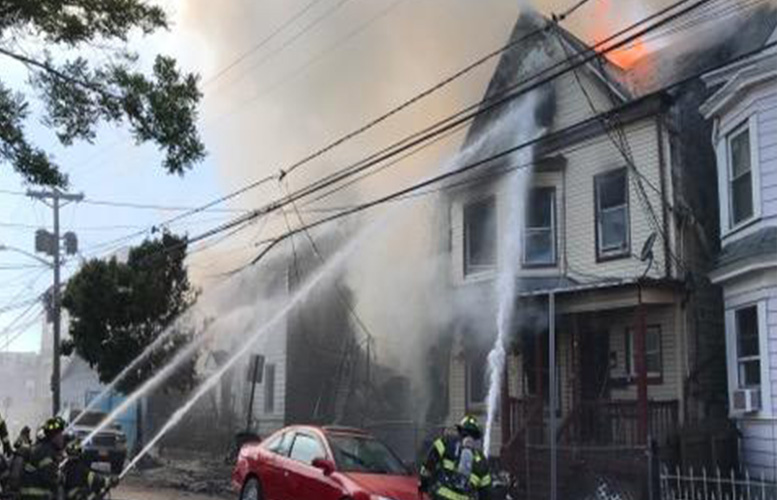 A large fire destroyed a two-story building on Butler Street and damaged six other nearby structures on Sunday afternoon.

Seven families or 27 people were displaced. The American Red Cross is assisting the families with temporary lodging, food, and clothing.

Firefighters responded to the fire at 166 Butler Street at around 2:18 p.m. Firefighters observed heavy smoke and found the structure fully involved, officials said.

Langevin said a total of seven structures were affected by the fire. He said the main fire building, 166 Butler Street, collapsed.

No civilian injuries were reported. All residents were able to get out of the buildings, said the deputy chief.

A firefighter was taken to the hospital due to heat exhaustion. He was treated and released.

The fire is still not considered to be under control.

Passaic County Prosecutor’s Office was notified about the fire. Cause of the fire remains under investigation.

This report was updated with additional information at 11 a.m. on Monday.