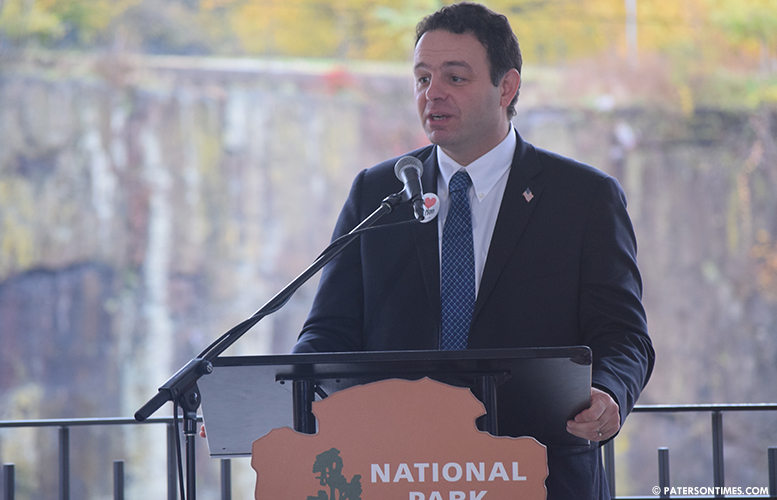 Mayor Andre Sayegh plans to release 20 years’ worth of police misconduct information, including names of police officers, by July 15, making Paterson the first city in New Jersey to do so.

Sayegh made the announcement on Tuesday afternoon. The information will contain names of current and former police officers who over the past 20 years have been fired, demoted, or suspended for more than five days because of misconduct.

“This initiative will help us reassure Patersonians that we take protecting and serving our city very seriously,” said Sayegh. Last year, the mayor unveiled his so-called “tools of trust” to improve the police-community relationship.

Sayegh’s announcement states the list of names of the officers and a summary of the violations will be published no later than July 15. His decision puts Paterson ahead of the December 31 release date set by New Jersey Attorney General Gurbir Grewal.

Grewal praised the mayor for “doing the right thing.” His Monday announcement paved the way for Sayegh’s decision.

“Today’s announcement is a demonstration of real courage, and it shows his commitment to transparency and accountability in policing,” said Grewal of the mayor’s decision. “By identifying officers subject to serious discipline, we deter future misconduct and allow us to begin the process of rebuilding trust with the community.”

Local Black Lives Matter leader Zellie Thomas, who has been protesting police violence throughout the United States, including in Paterson, welcomed the mayor’s move.

“I think it’s a good first step,” said Thomas. He said more needs to be done, including establishing a statewide registry of police misconduct and use of force. He said measures need to be put in place to stop bad police officers from committing a violating in one department and moving to another.

“It’s just not enough for us to be aware of the misconduct. They need to be held accountable for their misconduct,” said Thomas. He said the attorney general needs to do more to make the police internal affairs process more transparent, including by making public civilian complaints against police officers.

Thomas pointed out only a small percentage of internal affairs complaints are sustained.

“Not all complaints are sustained. So, this data isn’t necessarily completely accurate. It doesn’t paint an accurate picture of the police misconduct in Paterson,” said Thomas.