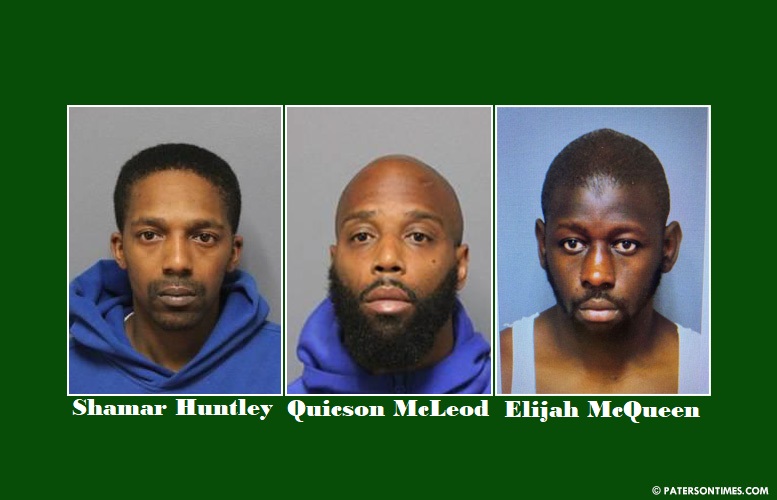 Three Paterson men have been arrested in connection with a quadruple shooting on 10th Avenue, according to the Passaic County Prosecutor’s Office.

Huntley and McLeod were also charged with certain persons not to have weapons.

Huntley is additionally charged with tampering with physical evidence and hindering apprehension.

Authorities said the three men were involved in the May 30 shooting that wounded four people on 10th Avenue and East 23rd Street.

McQueen, McLeod, and Huntley face lengthy prison terms if convicted on the charges.