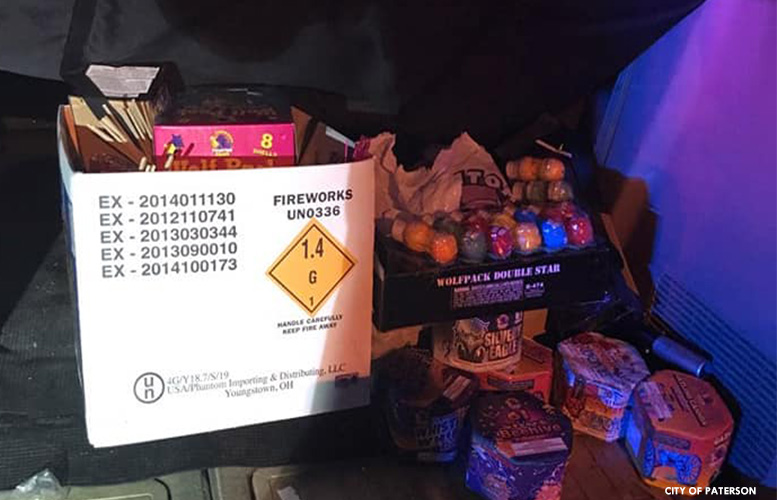 Speziale said police issued the summonses on Friday, Saturday, and Sunday. He said police responded to 258 assignments and conducted checks on 15 hotspots.

“This weekend was very active,” said mayor Andre Sayegh referring to fireworks. “People just don’t understand. You cannot light fireworks in the middle the street and put people in harm’s way. They will be ticketed.”

Sayegh, Speziale, and police chief Ibrahim “Mike” Baycora were out on Saturday and Sunday. Sayegh said he saw two people with fireworks. He will serve as the complainant and have both ticketed, he said.

Sayegh said fireworks have become a problem throughout the country. He had restored the quality of life detail last week to crackdown on loud music and fireworks after receiving complaints from residents.

Speziale said the crackdown will continue.