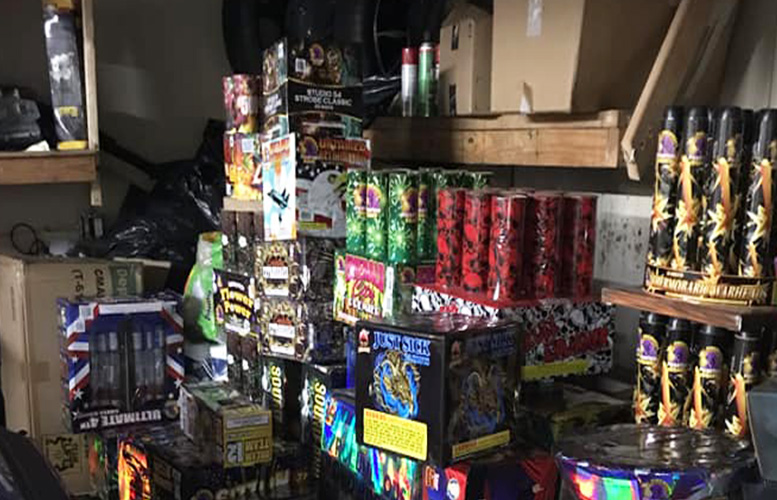 The police raided a garage on Montgomery Street that was filled with fireworks on Friday night, according to public safety director Jerry Speziale.

Speziale said police confiscated more than 100 commercial grade firework packages in their raid at 185 Montgomery Street at around 11:40 p.m. Each package had multiple fireworks inside, he said.

Police also recovered $18,226 and an assortment of drugs.

Jose Hernandez, 23-year-old, of Paterson, was arrested and charged with 10 drug offenses.