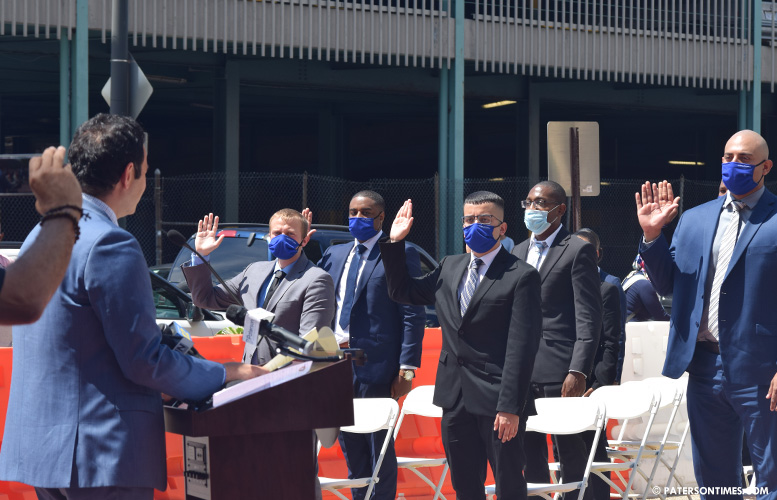 Mayor Andre Sayegh swore in 20 new officers – 16 men and 4 women – on Monday morning in an effort to rebuild the ranks of the police force as the city deals with increasing incidents of gun violence in the streets.

“Today, our city becomes a little bit safer because of you,” public safety director Jerry Speziale said to the new recruits, who, wearing masks because of the coronavirus, sat in folding chairs in front of the Frank X. Graves Public Safety Complex.

Speziale told the son-to-be officers not to lose heart as the actions of “misguided few” has led to the “intense scrutiny” of police throughout the United States. He urged them to live up to the commitment of serving the community.

As many as 30 recruits declined to join the ranks of police, said Sayegh. “The profession of being a police officer is not a popular one at this point in time,” he said.

“Thank you for saying yes, when many others are saying no,” added business administrator Kathleen Long.

The 20 recruits will undergo training for the next six months. They will join the force early next year.

“You must remain slow to judge and quick to de-escalate,” Speziale told the recruits.

Franklin was killed while on duty. His sister will wear his badge number, said Alex Cruz, president of the police officers’ union.

“Your brother Tyrone will walk beside you every day,” said Cruz.

Speziale said once the new recruits are deployed, the understaffed police force will have 396 officers. He is hoping to put together another class of 75 officers next month for swearing-in in September.

Police officials said the goal is to get the number above 400 to adequately respond to residents’ calls. Residents have been complaining about slow or lack of police response over the past months.

The 20 new recruits are: 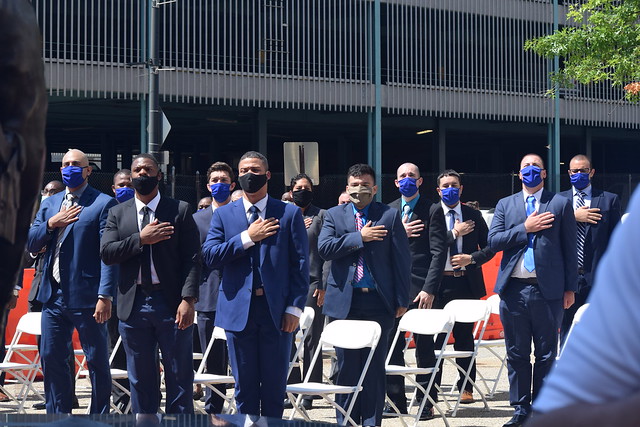 Correction: A previous version of this report erroneously stated there were three women sworn in, when in fact, there were four.