Paterson has been failing to collect rent from Libby’s for years, records show | Paterson Times 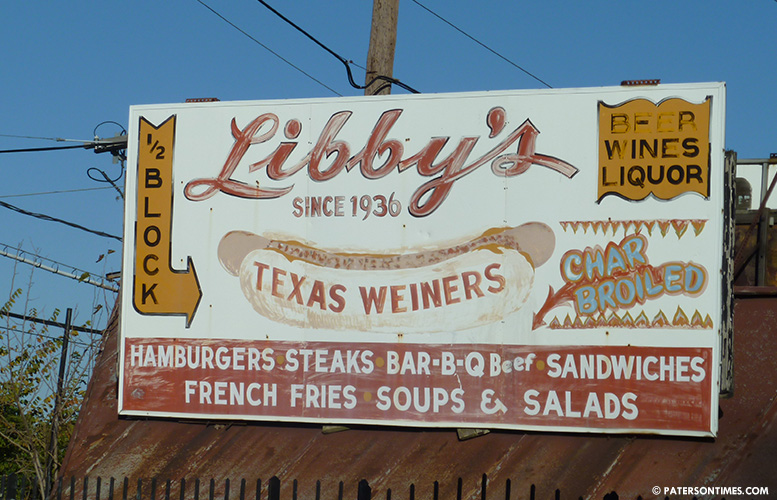 Mayor Andre Sayegh’s administration has been failing to collect rent from Libby’s, a restaurant near the Great Falls, that leases the building and parking lot from the municipal government.

Records show the city failed to collect approximately $93,000 in rent from Libby’s. The owed rent amounts are approximately $31,000 for years 2018, 2019, and 2020, according to documents officials released in response to a Paterson Times records request.

“It looks like in 2017, they made good, and then in 18, 19, and thus far this year they haven’t paid,” said economic development director Michael Powell. “But I’m not totally sure about that. There might be a separate account created for that.”

Finance director Marge Cherone did not respond to an email seeking her input for this story. Taxpayers pay her more than $150,000 per year to manage municipal finances.

Libby’s building was owned by the now defunct Paterson Municipal Utilities Authority. When that agency was dissolved, the city took ownership of all its assets, including the Libby’s site.

Council president Flavio Rivera spotted the problem this year. He mentioned the failure to collect rent at a public meeting last month.

“It’s irresponsible of the city,” said Rivera, chairman of the finance committee, on Tuesday. “I have a tendency to look at revenues from time to time, but that’s not my function it’s the function of the administration, any administration, to make sure that all the revenues are collected. This should have never happened.”

“It looks like somebody was not enforcing our leases and keeping an eye on them,” said councilman Al Abdelaziz.

The city has a long-term lease with Libby’s. That lease expires on July 31st, 2020, according to records.

Powell said the administration is working on renewing the lease. He said the current owners of the business may be trying to sell the business as well.

The city sent a letter to a Heidi Psarros over a rent increase in 2017.

A message left at Libby’s for the owner went unanswered on Tuesday.

Records show the city has had issues collecting rent.

“We’re going to fix it,” said Powell. He did not provide any specific actions that the city would take against the tenant. He said he intends to speak to the city’s law department to determine the next step.

The city suffers from chronic revenue shortfalls. Over the past two years, municipal officials raised both property taxes and sewer fees to plug holes in budget.