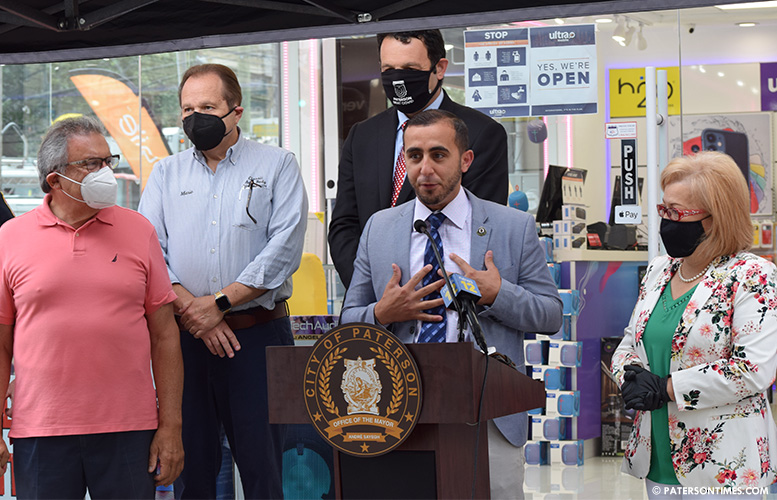 Sayegh said the project will give 21st Avenue, a key business area dotted by Hispanic restaurants on both sides, a “makeover.”

Sayegh said the city has already been awarded the grant dollars. He said work will finish late in the fall or in spring next year. He pointed out bids have to be obtained and a contract has to be awarded before work can begin.

Abdelaziz has been trying to beautify and add additional parking to the busy business corridor. He pushed through a measure last year that turns 21st Avenue into a one-way from Madison Avenue to Summer Street. His goal is to add 60 new parking spaces through construction of angle parking spots.

“I’m so happy about what’s going to happen on 21st Avenue,” said business owner Elsa Mantilla. She owns a bridal gown shop in the area. She has run her business out of 21st Avenue for decades, she said.

Mantilla said merchants have been asking for improvements to 21st Avenue for decades.