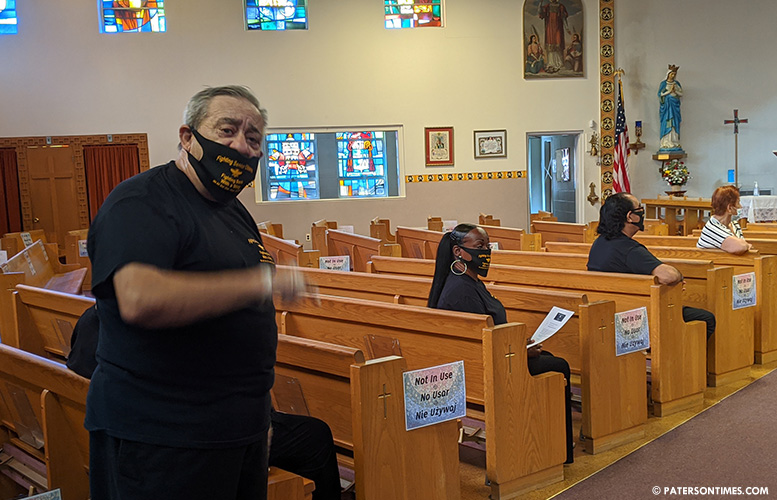 As crime surges in the streets of Paterson, senior citizens say they are afraid to step out of their homes.

“We have so much violence in the streets,” said William Priestly, a senior living at the Governor Paterson Towers. “Seniors are scared to walk down the streets. We’re scared for our lives.”

Priestly represents over 900 senior citizens living at the towers. Some of them have been the victims of crime.

Priestly said a senior was mugged waiting for a bus on 20th Avenue in broad daylight. He said she had a chain that the suspect took. Police were called, but did not respond in two hours, said Priestly. He said no police report of the incident was ever filed as a result.

“The last time they broke the big one in the back,” said Mattie Baker, 76, speaking of someone smashing her car’s rear windshield five months ago. Her vehicle was parked inside the building’s parking lot, she said. “That wasn’t the first time it got broken either.”

When asked if she filed a police report, she said, “No. I didn’t call the police.”

“They don’t come out for that,” interjected Daisey Fletcher, 76.

“They don’t come for that,” echoed Baker.

Loud music shakes the street every evening into the early morning hours. Cars and motorcycles race up and down the street without fear of being pulled over by police.

“It’s there all the time,” said Joseph Shivers, 67. He said he has gotten used to the loud music and cars screeching up and down the street at 1 a.m.

Shivers said he too fears coming out of his apartment.

“We don’t come out after dark,” said Shivers.

Priestly said senior citizens have met with mayor Andre Sayegh and other officials to take steps to reduce crime in the area to no avail.

“I called for extra attention,” said councilman Luis Velez, who represents the area where the towers are located. “I’m doing my part. The administration has to step up with their side.”

Velez has slammed Sayegh’s police chief Ibrahim “Mike” Baycora for not doing enough to tackle the surging crime and violence. But Baycora’s police force has been severely understaffed since a large number of police officers retired last summer.

Municipal officials are hiring more police, but the protest against police and the pandemic has complicated the matter.

Priestly said he wants to see walking patrols of the area to make residents feel safe to get out of their homes.

“We have special patrols that are handling and addressing the areas, parking and walking as well as quality of life units addressing the issues,” said public safety director Jerry Speziale. “I will notify the chief for traffic to address the speeding issues.”

Priestly and other senior citizens, who met at St. Stephen’s Church on Thursday to discuss the crime situation, are frustrated at the municipal response to increasing crime in the city and their neighborhood.

Since Friday, five people were shot in Paterson. 42-year-old James Timmons was killed in a shooting on Rosa Parks Boulevard on Saturday night.

“We are asking the Governor to intervene in this matter so that we Senior Citizens can feel safe again,” reads his petition to the governor.

Priestly said he is in the process of collecting over a thousand signatures. He intends to submit his petition to Murphy next month.