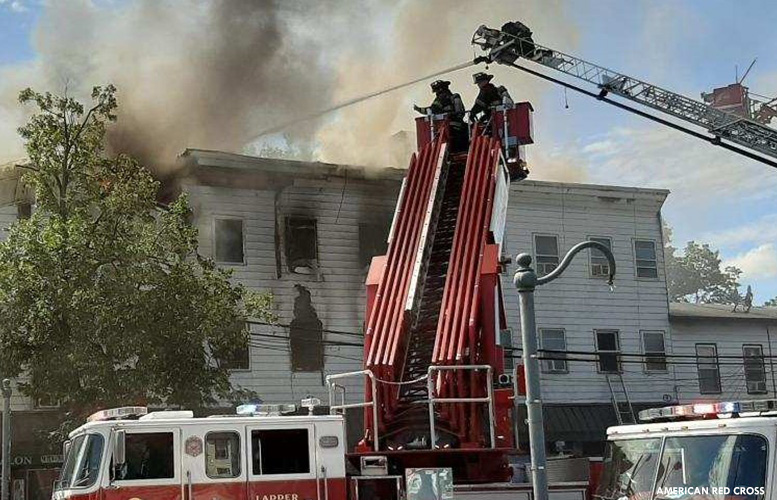 A four-alarm fire ripped through a large building on Cianci Street, displacing dozens of people and leaving two people injured.

At least 50 people were displaced, according to the American Red Cross, and six businesses were negatively affected by the fire.

Flames were raging in the upper floors of the three-story building at around 1:10 p.m., when firefighters were advised of a fire at 40 Cianci Street.

A firefighter suffered an elbow injury and a civilian suffered from heat exhaustion. The firefighter was taken to a hospital by an ambulance.

Fire engines from Passaic, Clifton, and West Paterson responded to assist in putting out the fire.

The American Red Cross is assisting the displaced residents.

Passaic County Prosecutor’s Office was notified of the fire. Cause of the fire remains under investigation