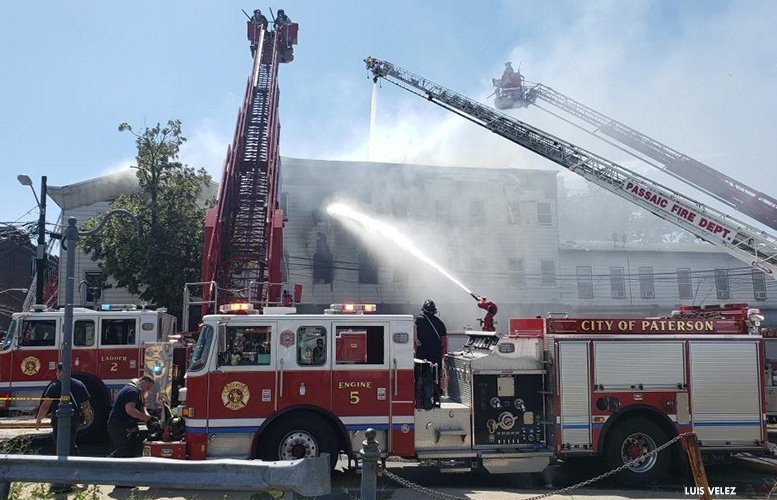 The Passaic County Prosecutor’s Office is investigating a large fire at a Paterson mixed-use complex that displaced 60 people and left 4 firefighters injured.

Fire was reported at 40 Cianci Street at around 1:11 p.m. on Monday. Authorities said all occupants of the building safely got out of the burning structure.

60 people were displaced due to the fire, authorities said. Displaced residents are being provided assistance by the American Red Cross.

Four firefighters were injured and were treated for minor injuries at Saint Joseph’s University Hospital.

A civilian suffered heat exhaustion at the site, according to officials.

The fire caused extensive damage to the upper floor apartments and lower floor commercial spaces. The fire extended throughout the structure of 28-42 Cianci Street, authorities said.