Paterson didn’t pick up his recycling. So, he took it to DPW headquarters only to get a ticket for littering. | Paterson Times 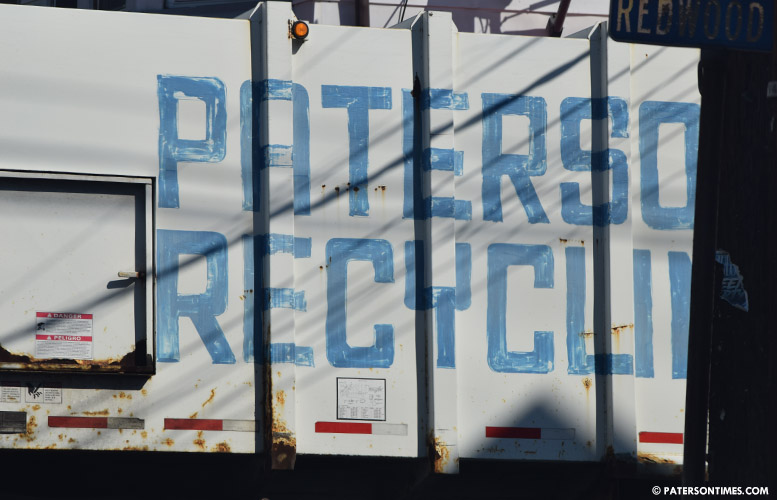 Former councilman Juan Torres’ recycling was not picked up by the city last week. Instead of leaving the cardboard boxes and other materials on the sidewalk, he took them to the public works headquarters at Eastside Park.

“Since they didn’t come to me, I took it to DPW on Broadway,” said Torres, a two-term former 5th Ward councilman.

Soon after he dropped of the bags of recycling, Torres received a ticket for littering. He said a police officer left the ticket on his car’s windshield.

“I wasn’t littering. Everything was put into heavy duty bags, a couple of bags. It was put there so that I could solve the problem that they’re not solving,” said Torres. “My mistake was that I took it to the wrong place.”

Torres could have dropped off the materials at the public works yard on East 16th Street.

“The guy tried to comply,” said councilman Luis Velez, chairman of the public works committee. He said Torres did everything right from following the new schedule to calling public works to pick up recycling for the missed days. He said public works should have advised him about the proper drop off location instead of issuing him a ticket. “Of course, it was wrong.”

On July 21, public works was supposed to pick up recycling – glass, plastic, and tin items – from Torres’ street, 15th Avenue. But that didn’t happen.

“They didn’t pick up for blocks and blocks,” said Torres.

On July 28, public works was supposed to pick up recycling – cardboards and leaves. “They didn’t do that,” said Torres.

Torres’s recycling containers were full because of the city’s failure to pick up on July 21.

On July 29, Torres packed some of the recycling in two bags and took them to public works headquarters.

“He pulled in, backed up to our building, and started throwing recycling at the building. When I walked up to the front of his car to tell him to stop, he ran, jumped in and pulled off. Almost ran me over,” said Jackson. “If you thought you were doing something the correct way you wouldn’t be running.”

Jackson said the incident, which happened on July 29, was caught on video surveillance. He said he wanted to talk to Torres, but he rushed out of the headquarters. He tried to take pictures of the vehicle and its license plate. He said the items dropped off had Torres’ address on it.

“I got out of there because I wasn’t going to hang around because I knew they would come around and maybe cause some friction,” said Torres.

Torres said Jackson got close to his vehicle. He said he had no intention to harm anyone.

“We switched from a bi-weekly to a weekly single-stream collection so we did anticipate some challenges. We are working vigorously on addressing those issues,” said mayor Andre Sayegh.

Sayegh would not comment on the Torres incident. His administration changed the recycling schedule from every other week to every week on July 20. First week is glass, plastic, tin, and aluminum; and the second week is cardboard and leaves.

But the spotty recycling service has been a problem for years. Under two years of Sayegh, the problem appears to have worsened.

“People are livid. They are so upset and frustrated. They said the same thing that I’ve been experiencing that sometimes they don’t pick up recycling, they skip it,” said Torres. He went around his neighborhood to speak to other residents about the problem.

Residents lodged 86 recycling pick up complained in July through the Paterson Plus smartphone application. As of August 3, residents had already filed 8 complaints.

“Oh my god, recycling has got a recycling crisis. It is a crisis,” Torres recalled telling Velez. “Recycling has really got people up in arms.”

Residents are frustrated and upset over the problem that the mayor has had more than two years to resolve, but hasn’t.

“You have let the Hillcrest area down once again,” wrote a resident addressing Sayegh as “Mr. Mayor” in a complaint.

Another complaint read, “This is a missed pick up for the third time (6 weeks now). We have brought this in and out of our home every recycle day (before 4 AM) as advised and nothing.”

“I have lost track of how many weeks it’s been since this hasn’t been picked up possibly 12 or 13,” wrote a third resident. Many of the residents are speaking for entire streets, where the city failed to pick up recycling, rather than just their households.

Recycling volume has increased significantly over the years with insufficient investment in equipment and staffing.

Public works has six trucks, but needs nine to adequately cover the entire city, said officials. Majority of the recycling staff is part-time. Officials are looking at potentially making them full-time, but that is likely to be expensive because of benefits.

Presently, the drivers are full-time, but the laborers are part-time. Out of the 25 laborers, just 5 are full-time.

Torres urged the mayor to “deal with” the problem. He said homeowners pay the mayor, council members, and public works employees to resolve issues and provide services to residents. “You are not doing it to the point that it’s become a crisis. There’s something wrong with that picture,” said Torres.

Torres said he has called public works numerous times. He said he was told the recycling supervisor would call him, but never did.

“You call them, they don’t return your calls. It’s almost like you don’t exist. Is that the way you respond to citizens who are overtaxed?” said Torres. “People are fed up.”