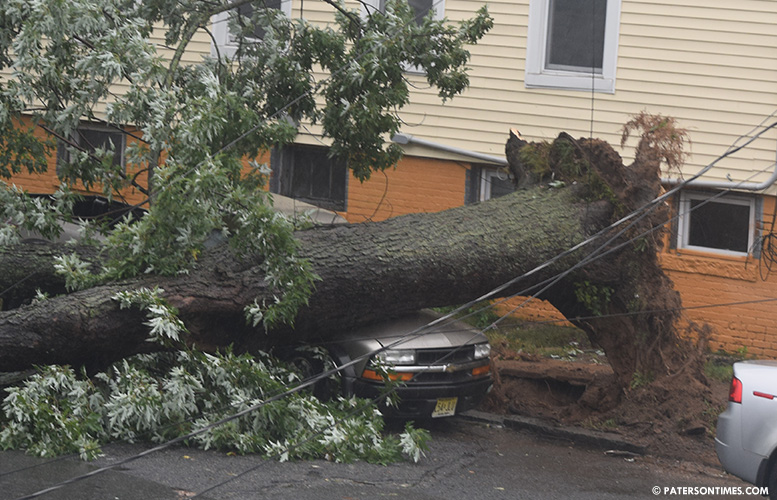 Power outage is affecting 3,746 PSEG customers. Most of the customers affected are in the southern and northern parts of Paterson.

Trees were uprooted, blocking roadways, and damaging private property. A large tree fell on a house on East 26th Street between 5th and 6th avenues forcing the evacuation of occupants.

Most of the roadways were cleared of trees by Tuesday evening.

A workshop meeting of the City Council that was scheduled for Tuesday evening was cancelled due to inclement weather.