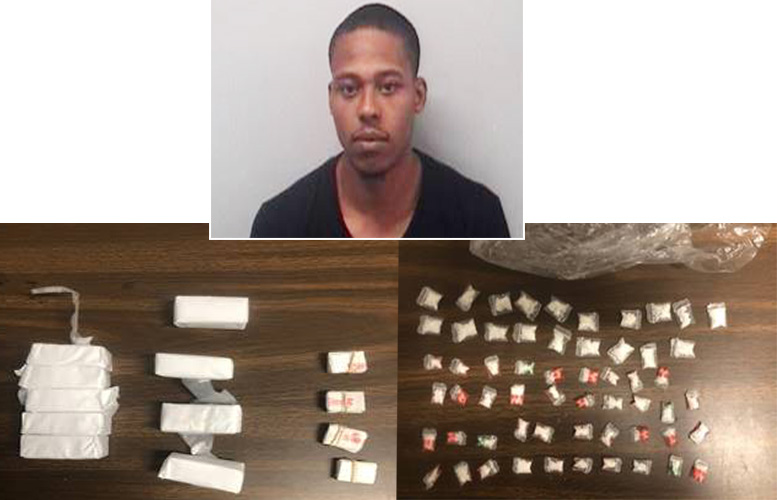 A city man was arrested in possession of nearly 500 glassine envelopes of heroin during a traffic stop on Temple Street late Saturday night, according to Passaic County Sheriff Richard Berdnik.

Michael A. Harris, 33-year-old, has been charged with six drug offenses and obstruction for providing a false name. He was also issued a ticket for failing to wear seatbelt.

Harris was inside a tinted silver Kia Optima that had no rear license plate at around 10 p.m.in the area of Temple and North 3rd streets.

Sheriff’s officers ordered the driver to lower all the windows, but received no compliance. Officers banged on the back window and shouted commands. Officers saw two people inside who appeared to be delaying to conceal something near the center console.

Driver of the vehicle eventually lowered all the windows.

Harris, the passenger, gave officers a fake name. He told them his name was Michael A. Johnson. He was asked to step out of the vehicle. A search of his person yielded a plastic bag with crack cocaine and four bundles of heroin.

Harris was placed under arrest.

Officers searched the vehicle and seized nine bricks of heroin from the area where Harris was seated.

In total, officers seized 9 bricks and 4 bundles of heroin that amounted to 490 glassine envelopes and 58 zip-lock baggies of crack cocaine.

The driver of the vehicle was not charged and released from the scene.

Harris also had a $1,500 outstanding warrant out of Paterson and a state parole warrant. He is being held at the Passaic County Jail pending a hearing.