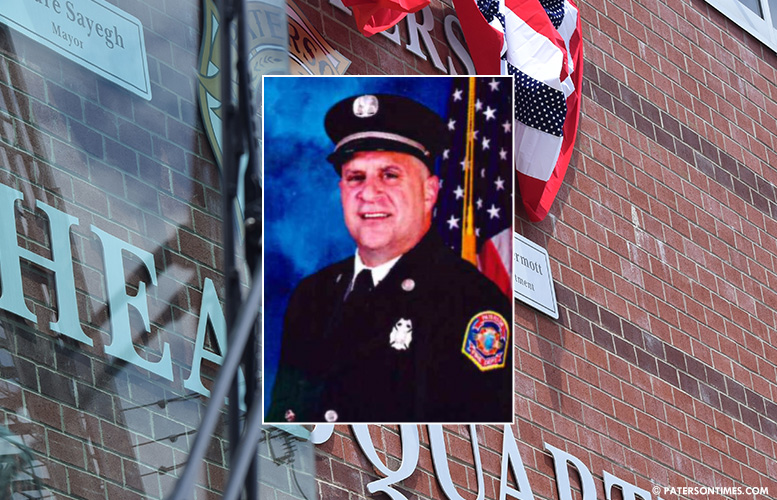 Aboyoun, who was the second highest ranking official at the Paterson Fire Department, was 60.

“Gabe was a great man, friend, firefighter, leader and Assistant Chief.  His dedication and devotion to the department, city, community and the fire service was second to none.  Gabe was always there for his community and his firefighters when needed, and then some,” said fire chief Brian McDermott. “He was such a great pleasure to work with on calls and a great supporter of the Paterson Fire Department and the men and women.  Gabe deeply cared for his community and his firefighters and was always willing to help anyone in need at the drop of a hat.  Gabe and his kind-heartedness and humor will be greatly missed by the masses and all who knew him.”

Aboyoun unexpectedly died at his house in Paterson.

Aboyoun had worked for the city for 28 years. He became a firefighter in 1992 and climbed through the ranks over the years to become assistant fire chief. He was a 911 responder and cited many times for bravery.

“It was with profound pride that I promoted Gabe to the rank of Assistant Fire Chief last month.  Today, it is with tremendous sadness that I say good-bye to a good friend.  I am praying for his wife, his children, and his firefighter family,” added mayor Andre Sayegh.

“Our prayers are with the family and friends of Assistant Chief Gabe Aboyoun along with the community. It has been an honor to serve with him in the city as a department leader and brother. God bless our friend and Brother.  Rest easy now, we got it from here,” said public safety director Jerry Speziale.

“We can never say thank you enough for Gabe’s unmatched service and everything he brought and did for the men and women of the Paterson Fire Department,” said Petrelli and Caposella in a statement.

Aboyoun is survived by his wife, and three children.