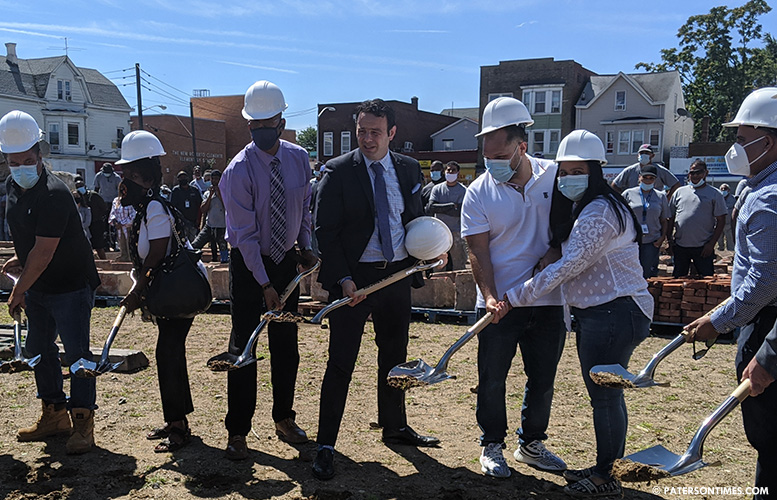 A seven-story luxury housing complex will be built on the vacant lot that used to hold the Paterson Armory.

“We’re going to attract Paterson residents to this site,” said Florio. He said rent will run from $1,800 to $2,300. He also hopes to rent the newly built apartments to teachers of nearby schools such as Eastside High School and New Roberto Clemente Elementary School.

Florio said the building will cost $40 million to construct. He said it will have 191,000 square feet of space. The New Paterson Armory will have on-site parking, amenities like a pool, gym, rooftop deck, and a first-floor restaurant.

Building will also have space for a police substation officials revealed on Thursday.

“We’re bringing the Armory back,” said mayor Andre Sayegh. “It will beautify this neighborhood.”

Sayegh said for four decades the Paterson Armory has been an eyesore. The old Armory was badly damaged in a fire in 2015. Front of the building remained standing after the massive fire. But the parapet wall collapsed in 2019, forcing the city to knock down the entire structure.

Mounds of concrete and bricks from the old Paterson Armory were visible on the vacant lot on the corner of Market and Pennington Street.

“These are the materials that are from the historic armory itself, they’ll be integrated into the building. So that historic past, that legacy of the older days of Paterson, will be permanently enshrined in the future of the building itself,” said Economic development director Michael Powell.

The old Paterson Armory was built in 1894 to house New Jersey’s Second Regiment.

Florio expects to have the New Paterson Armory built in 18 months. 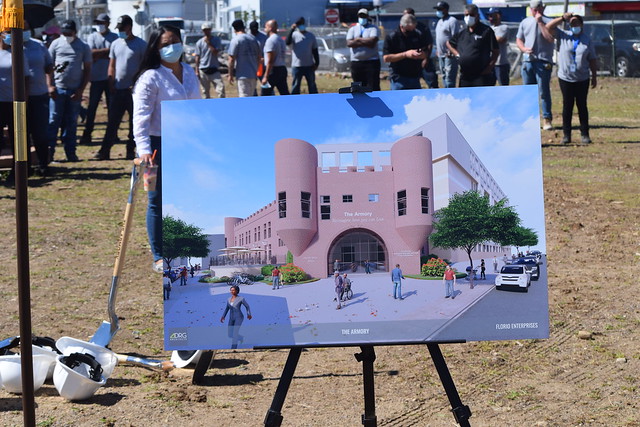