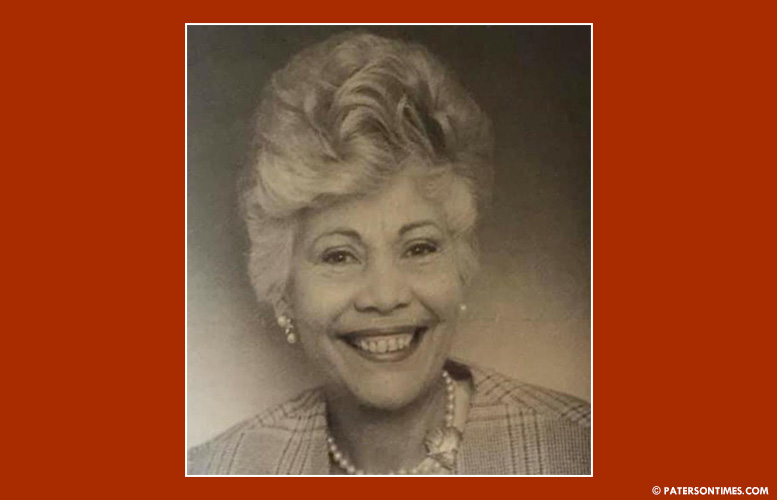 Maria Magda O’Keefe, who became the first Hispanic elected to office in Paterson in 1984, at a time when there were few Latinos holding elected office in New Jersey, died on August 10.

O’Keefe died after a long battle with Alzheimer’s, said her grandson, Lorenzo Rico Martinez. She died at his mother’s house in Rio Grande, Puerto Rico.

An elaborate funeral is planned for the trailblazing former councilwoman. A wake is being held on August 20, 2020 from 3 p.m. to 8 p.m. at the Marrocco Memorial Chapel in Clifton. A funeral mass will be held at St. John the Baptist Cathedral in Paterson at 9:30 a.m. on Friday.

Following the mass, a color guard salute will be held at City Hall. After that a caravan will ride through the 5th Ward, the area she represented as a councilwoman. It will pass by the Hispanic Multi-Purpose Center, the social service organization she founded, at 911 East 23rd Street and her old hair salon and residence at 673 Market Street. She will then be interred at the Calvary Cemetery in Paterson.

Who was Maria Magda O’Keefe?

Born in Santura, Puerto Rico, Magda moved to Paterson in 1956, when the city was mostly Irish and Italian. She attended cosmetology school and then worked three jobs until she gathered enough capital to open her beauty shop.

Her beauty shop became a social space for the growing Hispanic community. It was from there that she launched her political career.

“That’s how I got involved in politics,” O’Keefe said when interviewed by a Bergen Record reporter in 1996. “The customers would come to get their hair done and just vent.”

O’Keefe listened to people’s complaints. Then she started going to City Hall, taking the complaints to government officials, becoming an advocate for the Hispanic community. She spoke with a heavy accent, but managed to get her points across.

“Just because I have an accent, that means I’m not intelligent?” O’Keefe remarked in 1996. “It’s ridiculous. The accent is in my mouth, not in my brain. People will continue to second-guess me because I am a sensitive person and because my English is not perfect.”

O’Keefe spoke better English than others that were filing complaints with her.

“Sometimes that happens to me. They demean me and undermine me,” said councilman Luis Velez, who also speaks with a light accent. He occupies O’Keefe’s old 5th Ward seat. He had been filling her “big shoes” since 2016.

“I was never intimidated by their titles, or because they spoke better English than me. I knew what I was saying was right. They had to listen to me,” O’Keefe said in 1996. “When I believe something is not right, I will speak up. I can’t just go along with something for the sake of going along with something.”

In 1984, O’Keefe ran against Ray Cassetta and won. She was helped by redistricting which changed the racial makeup of the 5th Ward to mostly Hispanic. Her last name O’Keefe helped her to appeal beyond Hispanic voters.

O’Keefe focused on affordable housing and recreation for young people as councilwoman. She also became the first Hispanic president of the City Council.

O’Keefe was hospitalized for chest pains in January 2000. Soon thereafter, she retired from her post. She anointed a successor, Juan Torres, for the 5th Ward seat.

“Maria was born to be at the service of the community, she always was doing for people,” said Ilia Villanueva, a longtime friend. “Maria opened the door for so many people.”

Villanueva and O’Keefe were close friends for 40 years.

O’Keefe founded the Hispanic Multi-Purpose Center which continues to serve thousands of people every year. Her group was part of an effort to close the so-called digital divide in 2000 by providing computer training to residents.

“Maria’s legacy also lives with all those new Hispanics elected. She was really the one that opened the door,” said Villanueva.

It wasn’t easy being a Hispanic in Paterson.

“There was a lot of racism and discrimination,” said O’Keefe said in 1993. “We had to fight for our rights and for them to accept us as human beings and not as `spics.’ I took all the crap they gave me and showed the Anglos that we were nice people.”

“I learned a lot from her. I used to volunteer at her center,” said Velez. “She told me: if you get involved in politics don’t forget where you came from.”

Velez said he models himself on O’Keefe when interacting with constituents.

“What’s important to me is the effect and impact I can have on someone by something I helped them with. I get the greatest satisfaction knowing that I have helped a person in some way,” O’Keefe said in 1996.