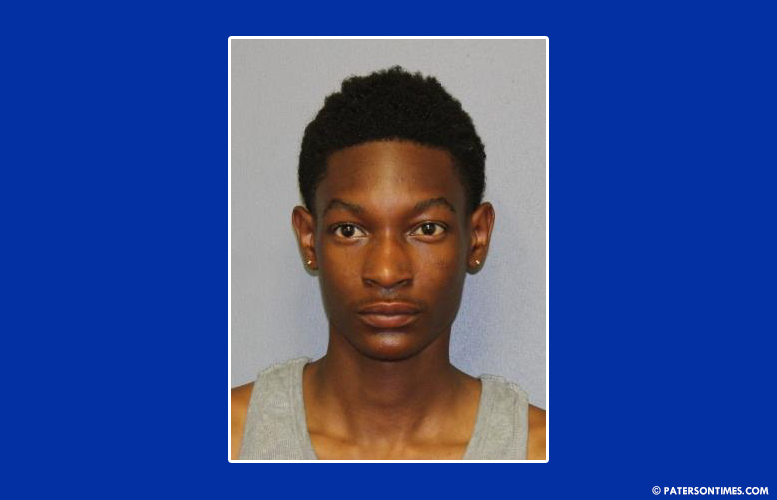 21-year-old Nazir Carter received a seven-year prison sentence for shooting another man during an altercation inside a car on Carroll Street.

Carter of Hackensack shot the 23-year-old Paterson man on July 20, 2019 outside of 92 Carroll Street. He was charged with four weapons offenses. He pleaded guilty to attempted murder on March 9 before Passaic County Superior Court judge Justine Niccollai.

“I apologize to my community, to the victim, Q. Johnson, my family. And of course, I take full accountability for my actions. Every life is precious and even though I got into an altercation which led to a fight, nobody deserves to be shot,” said Carter during sentencing on Tuesday.

Carter faced 20 years in prison for attempted murder. But public defender, James Sheehan, managed to secure him a seven-year plea deal. At sentencing, Sheehan tried to further reduce it to five years. He urged the judge to give his client a five-year sentence.

“Mr. Carter did have a fork in the road,” said Sheehan. He said Carter was a standout athlete at John F. Kennedy High School. “But his grades were struggling, and he fell in with the wrong kids.”

After graduating high school, Carter was accepted to the Fortis Institute for an engineering and electrician certificate. He did not attend the trade school because his father told him not to due to him being on electronic bracelet monitoring from a previous offense.

Before being incarcerated, Carter worked on and off for Retail Construction & Signage in Hackensack for one year and half.

Sheehan humanized Carter by stating he cared for his sister who suffers from cerebral palsy. He also cared for his other sister’s two children. He said “sinister forces” in the streets of Paterson draw “good young men” like Carter off the track.

Sheehan also said Carter was inside his vehicle when Johnson entered without permission leading to the altercation and shooting. Carter has claimed he was defending himself. But his use of force was disproportionate and unlikely to stand muster, acknowledged the public defender.

“The best thing I’ve learned is to walk away from certain situations. Everything doesn’t need a reaction,” added Carter.

“My son is a good kid, even though he stumbled over this hardship in his life. He is a good kid,” said Carter’s mother, Tremaine Watkins.

Carter’s older sister told the judge the younger brother would pick up her two children from daycare and watch over them while she was at work.

“Mr. Carter shot another human being in the upper abdomen,” said assistant Passaic County prosecutor Melissa Simsen. “Mr. Carter had a choice that night. He was surrounded by uniformed police officers who were on scene responding to another separate shooting incident.”

Carter could have sought assistance from police, said Simsen. She said the victim, Johnson, could have easily died as a result of the injuries.

Johnson became unresponsive in the emergency room and was in intensive care unit for three days, said the assistant prosecutor.

“Luckily that person didn’t die,” said the judge. She said had Johnson died, Carter would have been charged with murder and faced a much longer prison sentence. She said Johnson also has a family that loves and cares for him. “When his family brought him home, they were grieving for what happened to him. And they were angry and upset about what took place that night. So, there are two sides to this story.”

Simsen also said there was intense negotiation over the plea deal.

Sheehan made a counteroffer of three years that was rejected. He then offered five years in prison that was also rejected.

Both sides agreed on the seven-year deal, said Simsen, pushing back against Sheehan trying to undercut the plea.

Carter has a short criminal history. He has a juvenile and an adult criminal record under his name. He received three-year probation for an aggravated assault from May 2018 out of Bergen County. He also as a municipal court conviction from 2019. His mother obtained a temporary restraining order against him in February 2018.

Both his father and his brother are known to the criminal justice system.

Carter used marijuana on weekends from the time he was 16 until July 2017.

“I have to sentence another young man to state prison when there were other choices available to that person,” said Niccollai. “The general public needs to understand that this gun violence in Paterson has to stop. There’s so many mothers and sisters and fathers grieving because we’re killing each other. And it’s unacceptable.”

Carter has to serve 85 percent of the sentence before becoming parole eligible.