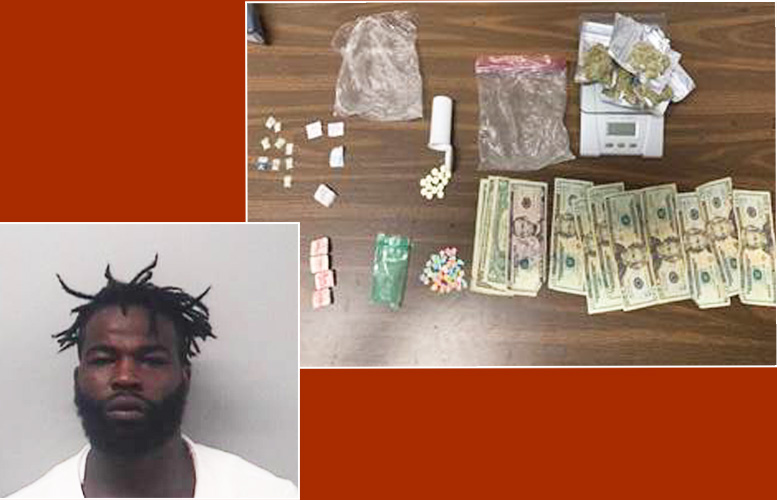 An alleged drug dealer from Haledon was arrested in Paterson on Sunday after a brief chase, according to Passaic County Sheriff Richard Berdnik.

Marquise Maxey, 33-year-old, has been charged with 15 drug offenses. He was also charged with resisting arrest and issued five motor vehicle summonses.

Maxey was driving a white Jeep Grand Cherokee on Haledon Avenue and River Street at around 10:25 p.m. His vehicle had its headlight out, authorities said. Sheriff’s officers conducted a motor vehicle stop on Straight Street just before Lawrence Street.

Maxey got out of the vehicle. He was ordered back in, but refused to comply. He began going into his back pocket.

Officers ordered him to show his hands. As an officer tried to detain Maxey, he began to run towards Fulton Street while discarding items from his pockets. He lead officers in a chase onto Fulton Street.

Maxey allegedly tossed two bags over the fence of 85 Fulton Street. He was arrested on Fulton on Summer streets.

Maxey had 3 bundles of heroin stamped “Wildcats” in red ink in his front right pocket and $168 cash in his back pocket.

A police dog also recovered a plastic bag behind two stacks of wooden boxes at 85 Fulton Street that contained 24 grams of marijuana in 5 baggies stamped “Moneybag Runtz,” 34 Ecstasy pills, 14 Oxycodone “C 230” pills in a white bottle, and another bundle of heroin stamped “Wildcats” in red ink.