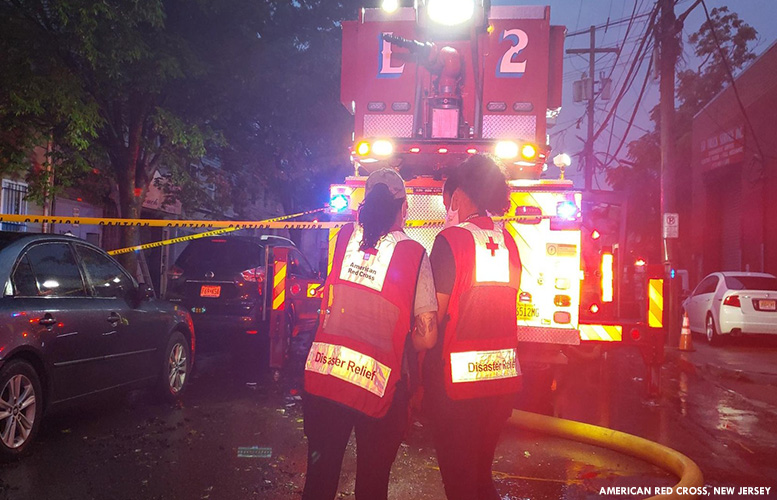 A four-alarm blaze that damaged four buildings on Mill Street displaced 60 people out of their homes early Thursday morning.

Fire began at 77 Mill Street, a three story structure with retail on the bottom floor and apartments on the upper floors, at about 2:25 a.m.

Firefighters received early reports of entrapment. A man got out of the apartment through the second floor window and sat on the awning until he was rescued by firefighters, said deputy fire chief Andrew Ricciardi.

There were no reported firefighter or civilian injured in the blaze, said the deputy chief.

The blaze damaged three other buildings – 75, 79, and 81 Mill Street. Fire took place in a block that is compact with buildings close to each other with no spaces in between.

Firefighters knocked down the main body of the fire within hour and half, said Ricciardi.