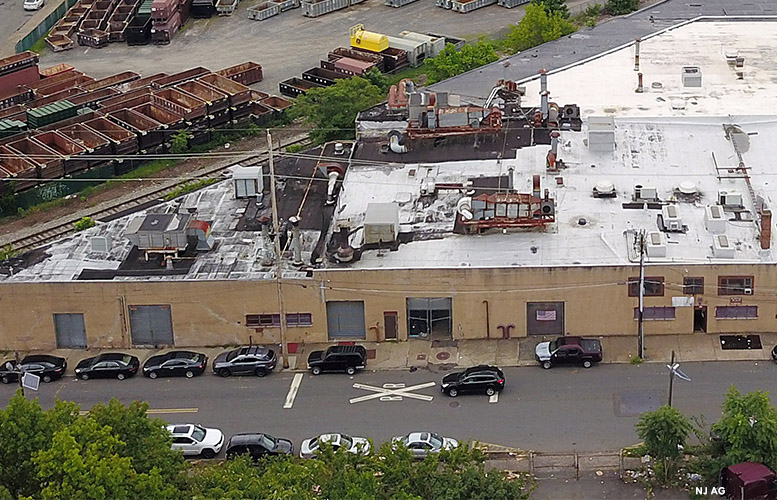 New Jersey has filed lawsuits against 12 businesses, including two in Paterson, for alleged environmental violations.

American Fabric Processors and Adolfo Auto Repair, both based out of Paterson, were sued on Thursday.

American Fabric Processors operates out of a large facility at 555 East 31st Street (pictured). Since 2014, the company has operated a fabric dyeing and finishing facility in alleged violation of the New Jersey Air Pollution Control Act.

David and Jacob Binson, corporate officers for the company, are also named in the lawsuit.

Gonzalez failed to investigate and address possible petroleum product contamination of the ground. No investigation was done to identify any discharges of hazardous substance.

“Without a site investigation, there was little way of knowing whether the soil and groundwater beneath the Site was contaminated, or if dangerous petroleum has impacted the homes and businesses of those living and working near the Site,” states the lawsuit filed against Adolfo Auto Repair and Gonzalez.

“The scourge of COVID-19 has put a harsh spotlight on the way environmental injustices affect our basic health, and we’re going to do the hard work necessary to protect communities from dumping, contamination and other illegal activities,” New Jersey Attorney General Gurbir S. Grewal, said on Thursday. “The message to New Jersey residents should be clear: everyone, and I really mean everyone, deserves to breathe clean air and live in a safe environment.”

Grewal described New Jersey’s effort as “pathbreaking” to hold polluters, particularly those that operate in low-income areas, accountable for committing alleged environmental violations. His aim is to deliver “environmental justice.”

Grewal filed the lawsuits in conjunction with the New Jersey Department of Environmental Protection (DEP).

“Together, we are holding accountable those who, by design or circumstance, disproportionately harm the environment and communities of our low-income and minority neighbors. Today’s lawsuits complement the many ways that we pursue environmental justice, standing with every New Jersey community and for the shared natural resources that unite us,” Catherine R. McCabe, commissioner of the New Jersey Department of Environmental Protection (DEP), said.

The lawsuits seek remedies such as clean-up of contaminated properties and compliance with all outstanding DEP orders, payment of damages and penalties, reimbursement to the state for clean-up costs expended to date and, in certain instances, natural resource damages.

Other ten cases are: