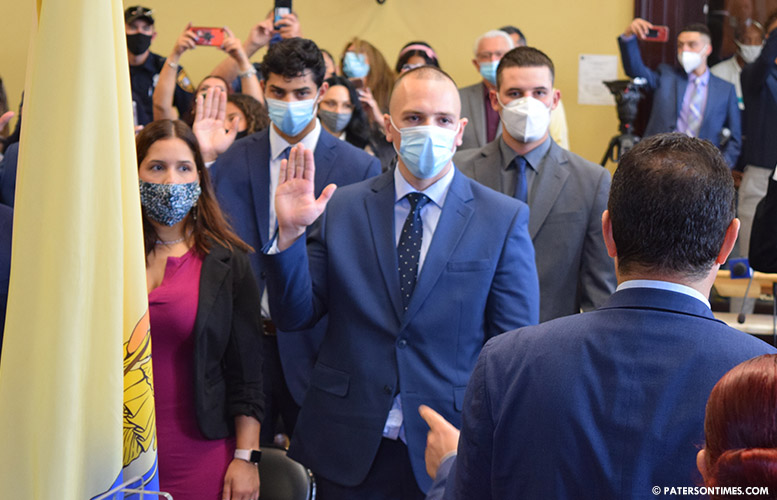 Mayor Andre Sayegh swore in 21 new police recruits on Thursday morning in an effort to rebuild the ranks of the police force.

Recruits will spend the next six months receiving training at the Essex County Police Academy, said public safety director Jerry Speziale. He expects to have them deployed by March of next year.

“I see faces representative of the community,” said police chief Ibrahim “Mike” Baycora looking at the recruits seated inside the City Council chambers.

Baycora told the recruits it’s a challenging time to be a police officer.

Police officers start at $34,000 with benefits.

Speziale said the 21 new recruits will bring the total number of officers in the force to 408. He expects to put together another class in January to boost the number to 419 by June of next year. Paterson had 497 police officers in 2010, according to New Jersey state police data, just before the big layoffs under ex-mayor Jeffery Jones.

“You must be slow to judge and quick to de-escalate,” Speziale told the soon-to-be police officers.

The new recruits are: