Two men, including one wanted for an attempted homicide in Perth Amboy, arrested in Paterson car with drugs, cash, and gun | Paterson Times 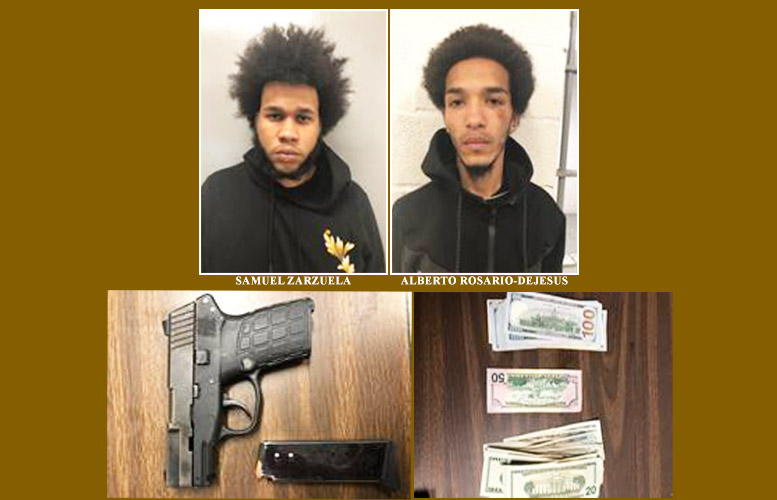 A pair of men, including one wanted on attempted homicide in Perth Amboy, were arrested in possession of drugs, cash, and a gun in an improperly parked vehicle on Redwood Avenue early Tuesday morning, according to Passaic County Sheriff Richard Berdnik.

Samuel A. Zarzuela, 20, of Paterson, and Alberto Rosario-DeJesus, 19, residence unknown, were observed inside a white Honda Accord with Texas registration at around 2:50 a.m. Their vehicle was improperly parked near a stop sign on Redwood Avenue.

Zarzuela was arrested on two active warrants. He is wanted out of Passaic County for unlawful possession of a weapon and for attempted homicide related to a shooting out of Peth Amboy.

Rosario-DeJesus has been charged with two weapons offenses and two drug charges.