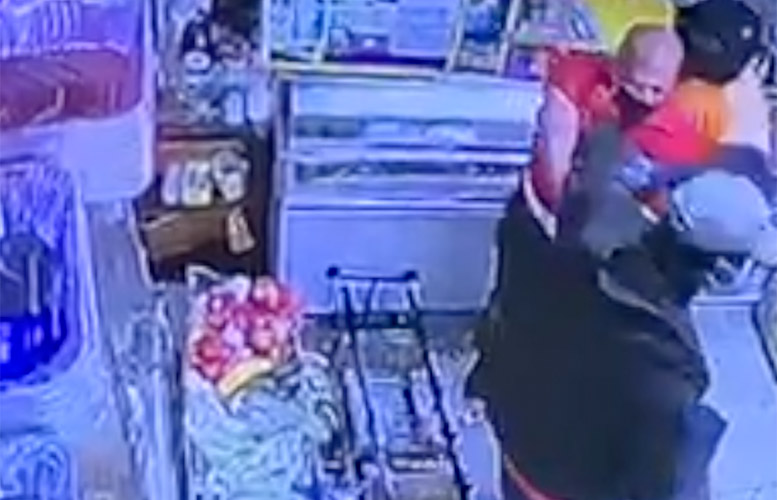 A man abducted in a grocery store in Paterson has been safely returned, the FBI said on Thursday night.

An unnamed suspect has been arrested in the case.

A video of the incident shows two men, one brandishing a handgun, wrestling with the victim inside the Easter Grocery and Food Market located at 462 10th Avenue.

Police were called to the bodega at about 6:30 a.m. on Thursday. Witnesses told police the suspects put the victim inside a U-Haul truck and drove away.

Sources said law enforcement agencies tracked down the vehicle in the Bronx, where one suspect was captured, and the victim rescued.

Agents from the Newark and New York divisions of the FBI safely returned the victim, according to the FBI statement. The FBI also credited the Paterson Police, New York City Police, Passaic County Prosecutor’s Office, and the Passaic County Sherriff’s Office.

“Their quick response and cooperation greatly contributed to the success of this operation,” read the FBI statement.

The brief video of the incident circulating online shows three men in a physical struggle inside the store. One suspect is seen restraining the victim while another is threatening him with a handgun. Both suspects then lead the victim out of the store and into the truck.

It’s not clear why the two men abducted the victim.