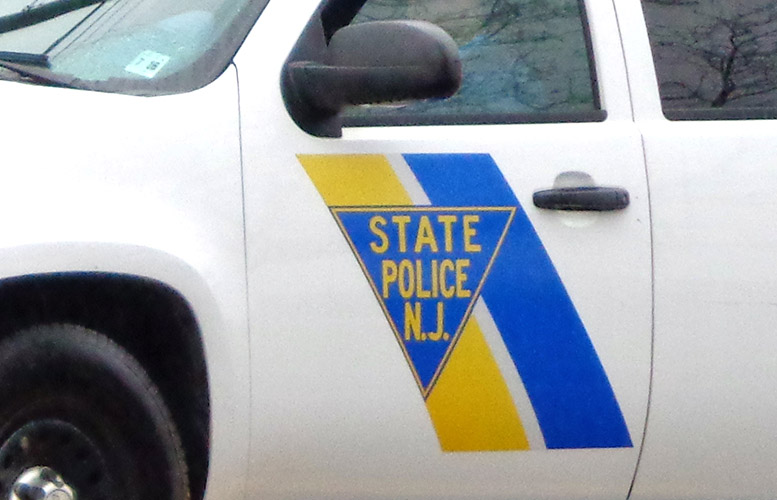 Seven men were arrested in the bust at a residence on West Railway Avenue, authorities said on October 2.

Kasine Forsey, 26, of Paterson, was charged with drug possession, distribution, and conspiracy to distribute heroin.

Authorities said drugs seized in the bust is valued at $580,500. Detectives seized 3 kilograms of raw heroin and fentanyl mix, 128,500 individual doses of heroin in 2,570 bricks, 5,693 fentanyl-based pills, 207 grams of cocaine, 3 pounds of marijuana, hundreds of marijuana cigarates, edibles, and cartridges, and drug packaging and branding materials.

Detectives also seized a .45 caliber handgun with a high capacity magazine reported stolen out of Georgia, $29,000 cash, and 3 vehicles.

Authorities said the branding stamps seized – like “Supreme,” “Star Wars,” and “Street Fighter” — from the bust were linked to 19 fatal overdoses and 30 nonfatal overdoses from January to September.

“By dismantling this mill, we cost this trafficking ring nearly $600,000 in profits, but more importantly, we prevented known deadly brands of drugs from being sold throughout our communities, undoubtedly saving countless lives,” Patrick J. Callahan, superintendent of the New Jersey State Police, said. 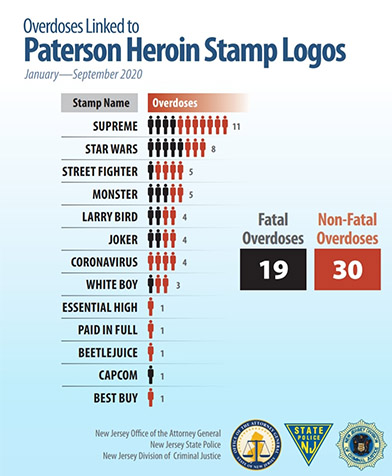 “Paterson is a major opioid distribution center for the region, and the evidence seized indicates that we shut down a large supply operation,” Veronica Allende, director of the Division of Criminal Justice, said.

Castro was observed exiting the residence with a plastic bag and leaving in a Dodge Charger. He traveled to Courtland Street and met with Forsey.

Forsey entered the Dodge and exited with a bag. He left in a Honda Accord. Subsequently, Forsey was pulled over and found with 115 bricks or 5,750 doses of heroin inside the plastic bag.

“By implementing a strategy that focuses on major suppliers of these deadly opioids, the task force maximizes its impact in protecting our communities and those struggling with addiction, and ensures that those who profit by selling these agents of misery and death are brought to justice,” New Jersey attorney general Gurbir S. Grewal said.