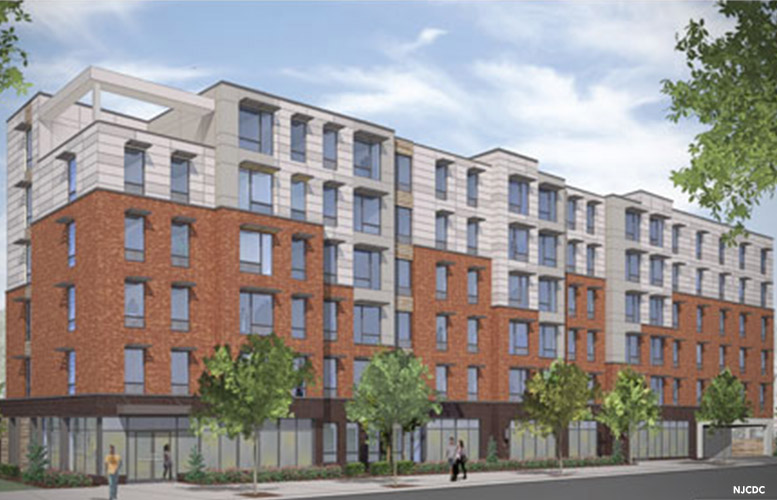 A soon-to-be-built housing complex for low-income families and people with “special needs” may receive a 30-year tax abatement.

Under the payment in lieu of taxes agreement, Barclay Street Housing will pay an average of $57,309 per year in taxes over the next 30 years, said economic development director Michael Powell last week. He said that amounts to 6.28 percent of the total net revenue the project is expected to generate.

The project is a five-story apartment building that will contain 56 affordable apartments, including 10 units for people with special needs. Project will cost $23 million to build, said Bob Guarasci of NJCDC. He said construction at 133-155 Barclay Street will likely begin in March or April of 2021. He expects it to finish in 15 months. Project will be financed through New Jersey Housing and Mortgage Finance Agency (NJHMFA) which strongly recommends payment in lieu of taxes (Pilot) agreements.

Residents will pay up to 30 percent of their income in rent, said Guarasci.

Morris said the low-income apartments will look like “high end,” “market rate housing” units. He said the project will have an outdoor space on the roof.

Residents will receive various services via the hospital, 4CS of Passaic County, and other organizations.

“It’s that type of project to really begin to address the social determinants,” said Morris.

Members of the City Council will vote on whether to grant the tax abatement on Tuesday night.