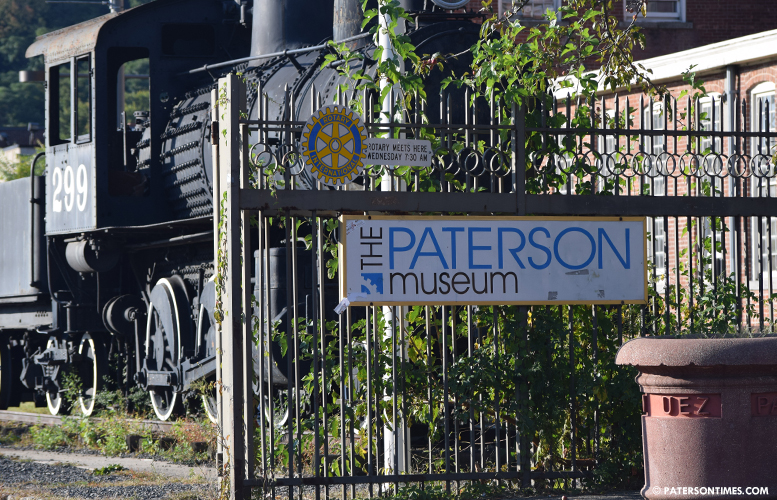 Co-workers yelled and screamed directly into her face. Punctured her vehicle’s tires multiple times. Physically bumped into her. Spied on her computer. And called her a cockroach that needed to be killed, according to a litany of allegations Cristina Deutsch, an exhibit artist at the Paterson Museum, makes in a lawsuit.

Deutsch also alleged she was subjected to derogatory sexual remarks from colleagues and uncomfortable long hugs from a male co-worker. Some co-worker called her a “puta,” Spanish for a prostitute, and “rata,” a female rat, according to the lawsuit. She filed the lawsuit on Tuesday. Her suit names the city, three co-workers Mohamed Khalil, Juan La Madrid, Glenn Hutton, and her boss, Giacomo “Jack” DeStefano. She also names controversial former personnel director Michele Ralph-Rawls.

“I have been doing this for 29 years, defending public employees, and I have never seen a worse or more pervasive case of hostile work environment. From the day the lady stepped into that museum to today this has been going on. It’s outrageous,” said Deutsch’s attorney John Segreto.

Deutsch was hired at the Paterson Museum in 2015 as an exhibit artist. Her hiring sparked a brief controversy because of her husband Michael Deutsch’s political contribution to disgraced mayor Jose “Joey” Torres’ campaign. The husband works in Paterson as planning director at the Economic Development Department.

“If the Mayor wants to force you in here, the Board will have to approve it,” DeStefano, director of the Paterson Museum, allegedly told her in a meeting.

DeStefano allegedly delayed her hiring by six months, states the lawsuit. He had allegedly promised the job to now-deceased Joanne Cecchetti, who worked at the Great Falls Visitor Center.

Cecchetti and other employees would allegedly gather at the museum to exchange gossip and make derogatory comments about Deutsch. Deutsch would hear them laughing and giggling, states the lawsuit.

“We are here in my office laughing about Cristina’s stories,” curator Bruce Balistrieri allegedly replied to a text from DeStefano. Balistrieri had sent the text to all Paterson Museum staff thinking it was only going to DeStefano, states the lawsuit.

Khalil and Deutsch initially shared an office space at the museum. He allegedly asked her personal questions, made “insinuations” about supervisors’ sexual affairs and sexual preferences. He asked her about her political views. He also asked about her husband’s religion, according to the lawsuit.

Deutsch complained to DeStefano. Khalil was moved out of the shared office space. He allegedly began retaliating against her as a result.

Deutsch also found her exhibitions, including the Eco-Chic Project that was put on in 2017, vandalized over the weekend. Khalil and La Madrid were “effectively put in charge” of the Paterson Museum during the weekend, says the suit.

Deutsch filed a complaint with the Affirmative Action Office at City Hall over the vandalism. The city’s legal department dismissed the complaint as “unfounded,” states the lawsuit.

La Madrid, a maintenance worker at the museum, also refused to do routine maintenance of her office. After she complained to DeStefano, La Madrid “threatened, harassed, and assaulted” her, according to the lawsuit.

Khalil allegedly yelled and screamed at Deutsch in front of people at the museum on May 1, 2018 to leave “his workspace,” a public space at the museum.

On March 17, 2020, Khalil allegedly used ethnic and sexual slurs against her. As she walked by him, he allegedly told a co-worker, Kenneth Jones, the “cockroach will be the only one that will survive the coronavirus.”

Khalil allegedly continued, “They survive everything, we will be dead and ‘she’ will still be walking around the Museum.” Both Khalil and the co-worker then looked at Deutsch and loudly laughed, says the lawsuit. The next day, Khalil made another cockroach remark and allegedly said they would have to “kill the cockroach.”

Five times her vehicle was vandalized, someone had cut and punctured her tires. The lawsuit states that happened once in 2018 and twice in 2019 and twice in March 2020.

Deutsch filed a complaint about the hostile work environment to the Affirmative Action Office in June 2015. She also filed a grievance against DeStefano in October 2015 for harassment. Both complaints were rejected and ruled “unfounded.”

“You’re breaking the news to me. I don’t really have any comment on that. I guess I got to look into it,” said DeStefano when asked about the allegations on Wednesday.

A patron of the museum observed Khalil’s alleged conduct against Deutsch and sent a complaint letter to both DeStefano, ex-business administrator Vaughn McKoy, and mayor Andre Sayegh.

At her request, DeStefano had temporarily assigned her to the Economic Development Department in 2015. She worked three days there and two days at the museum. She “temporarily escaped the hostile work environment” at the museum, says the lawsuit. She worked on the South Paterson Commercial Kitchen Incubator Project for 15 months before returning to the museum.

Deutsch tried to transfer out of the museum permanently in 2019. She spoke to then-personnel director Rawls. She brought up the subject of hostile work environment with Rawls. But Rawls told her that her investigations found there were no hostile or improper behavior, says the lawsuit. Rawls allegedly told her if she keeps complaining about hostile work environment she will face disciplinary action or termination.

“I have no idea why they took no actions,” said Segreto. “I don’t even think they interviewed her.”

The lawsuit seeks an unspecified amount in damages for emotional distress, pain and suffering, medical expenses, and expenses resulting from property damage.