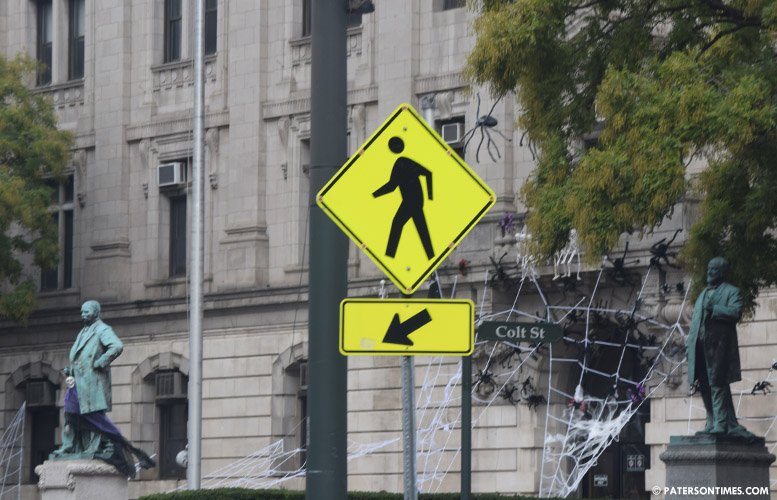 A woman trying to take a bus from in front of City Hall in Paterson to her home in Haledon allegedly fell because of a “totally defective” area of the sidewalk.

Cindy Kowal of Haledon claims she sustained “serious and permanent” injuries from the fall on March 18, 2019.

Kowal suffered “facial abrasions, shoulder dislocation from the glenoid, contusions of the forearm on the left, a Hills-Sachs fracture,” alleges the lawsuit filed last month.

She fell on the Market Street side of the City Hall. Her lawsuit describes the allegedly defective sidewalk as having “loose and defective areas” with “breaks” and “cracks” making it dangerous for pedestrians.

The alleged defective sidewalk on the Market Street side of City Hall appears to have been repaired.

Kowal is seeking an unspecified amount in damages.