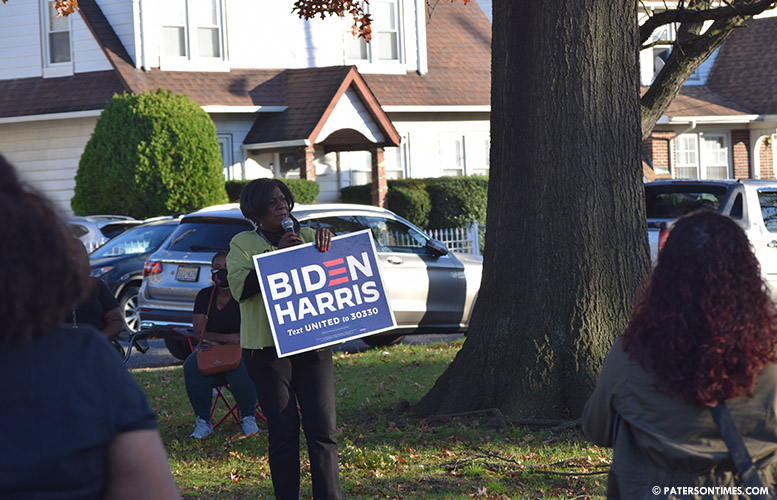 Stacey Coleman and her sisters in the local Alpha Kappa Alpha were ecstatic when they learned about Kamala Harris’s historic victory.

Harris, first woman to be elected as vice president, is also a member of the Alpha Kappa Alpha, first Black Greek-lettered sorority. She is of Jamaican and Indian heritage.

“It seems like the glass ceiling has been broken,” said Coleman at the Vreeland Triangle, a small park in the heart of the Jamaican community in Paterson. She said Harris’ victory unlocked unlimited possibilities for her granddaughter.

Two other women — Geraldine Ferraro in 1984 and Sarah Palin in 2008 — unsuccessfully ran to become vice president.

“It feels like there’s an acceptance,” said Kymberly Ruffin, another member of the Alpha Kappa Alpha. “It took so long for us to get the right to vote.”

Ruffin feels president-elect Joe Biden’s administration will be able to reduce the racial and economic divide that has created instability in the U.S.

“We’re now second in command. Not only women, but women of color. That to me feels like there’s really going to be some type of a change,” said Ruffin.

Coleman held the celebration that involved several Black Greek organizations – Alpha Phi Alpha, Phi Beta Sigma, and Iota Phi Theta – that have dozens of members in Paterson. Approximately 50 people celebrated the historic victory at the park with music and dancing.

“In the past mothers had to tell their daughters: Not yet. I can now tell my daughter: Go forward,” said Ruffin, who has an 18-year-old daughter in college. She said her daughter cast her first vote in a presidential race this year.

“Our young ladies today get to be a part of a monumental change for women. We are not just allowed the opportunity to vote, but now we have a representative that is second in command and could speak on behalf of women throughout the United States,” added Walls.

Walls said young girls will look at Harris and tell themselves: “I can do that. I can be a vice president; I can be a president.”

There were half-dozen young girls at the celebration. One of them was 14-year-old Kayla McDaniel.

“I think she’s a really good role model for me and other girls to look up to,” said McDaniel, who plans to get into finance.

“It opens up doors,” added her father, Kenneth McDaniel, a former councilman and educator.

“I got a granddaughter that’s 11 and now she’s got no holds barred,” said Jeffery Jones, who was just the second Black man to serve as the mayor of Paterson. “There’s no excuses. There’s no nothing. Because we’ve seen a brother do it. Now a sister is going to do it.”

Jones said Harris has done for Black girls what former president Barack Obama did for boys. 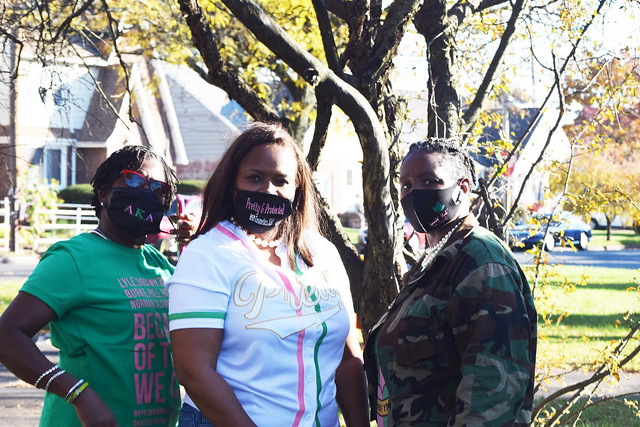