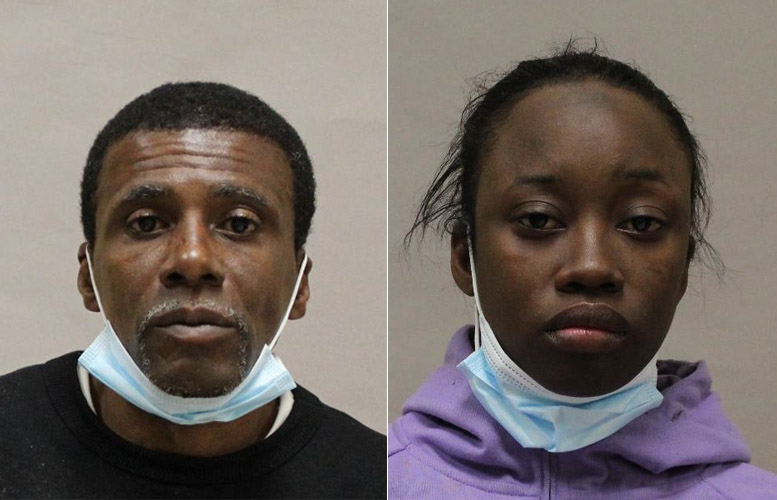 A city man and woman have been arrested in the death of a 16-month old baby, according to the Passaic County Prosecutor’s Office.

Police arrested James Davis, 49, and Qunasia Coleman, 29, in connection with the November 7 fatality at a residential dwelling in the vicinity of Carroll Street.

Davis has been charged with first-degree felony murder, aggravated sexual assault, and second-degree endangering the welfare of a child.

Coleman has been charged with second-degree endangering the welfare of a child.

Police were called to the dwelling on report of an unresponsive child on November 7 at around 5:30 p.m. An ambulance transported the child to St. Joseph’s Regional Medical Center. The baby was pronounced dead at 6:07 p.m.

Detectives determined the child sustained multiple injuries about the body. Police said Davis was identified as the person present with the child during the incident. Coleman, the child’s mother, left the residence leaving the child in Davis’s care, authorities said.

Davis faces life in prison if convicted. Coleman could face a maximum of 10 years in state prison.