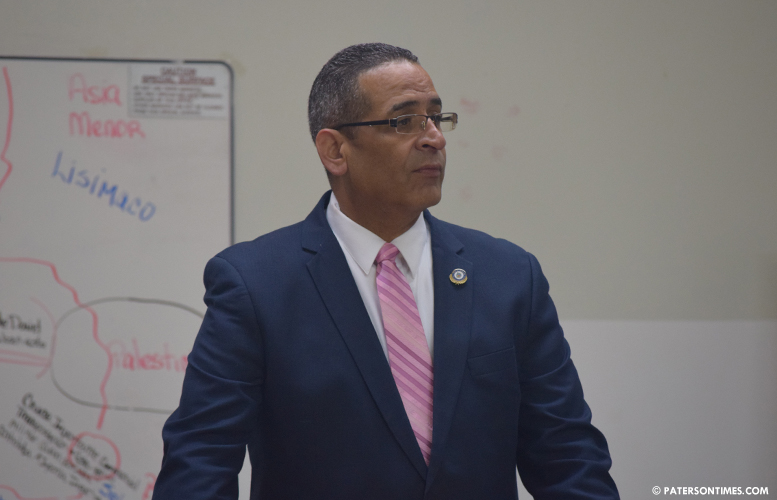 “I feel okay. I don’t have a fever,” said Velez on Friday morning. He said he also does not have a cough.

Velez has a slight runny nose, he said, something he usually gets this time of the year. He said he notified all his close contacts about the positive test so that they can take precaution or get themselves tested.

Velez said his doctor prescribed him antibiotics and vitamins. Velez, who has diabetes, is at high risk of developing complications, increasing risk of death. He is 53 years old. He plans to take a polymerase chain reaction (PCR) test, which is much more accurate than the rapid test he took, to be certain he has the virus.

Velez said he took the rapid test after learning from a Paterson Times story that one of mayor Andre Sayegh’s bodyguards tested positive.

Sayegh stated he was quarantining because of possible exposure. His announcement and memo to other officials did state his bodyguard had tested positive.

Velez said he came in contact with the bodyguard during a Veterans Day event.