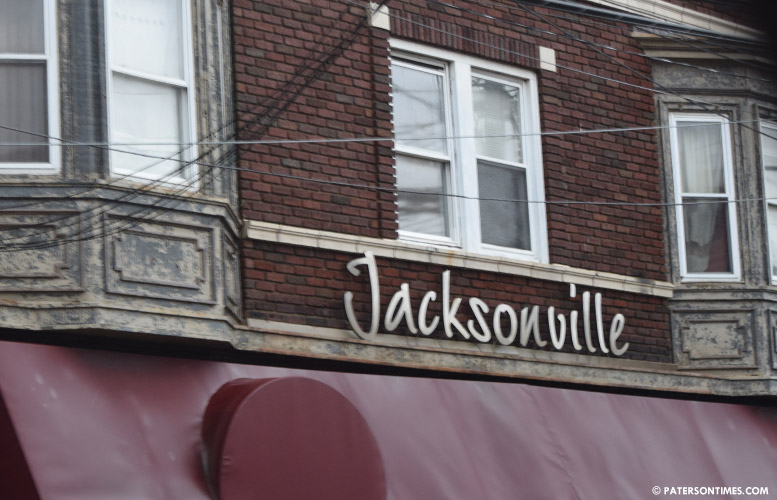 Councilman Michael Jackson allegedly had several people living on the upper floor of his Grand Street restaurant that lacked electricity, heat, and hot water, according to municipal officials.

Municipal inspectors were investigating the uninhabitable conditions at 325 Grand Street on Monday morning.

Jackson’s restaurant Jacksonville is run out of the bottom floor of the building.

Jackson on Monday morning claimed he had nothing to do with the people living on the second floor.

Richard Izzo, 51, described Jackson as his “landlord.” He said he has been paying Jackson $600 cash per month for a room on the second floor of the building. Izzo said he approached Jackson for a room. Jackson asked him how much he could afford and both sides agreed on a rent figure.

“He’s not a tenant. I let him stay because the place is vacant,” said Jackson on Monday afternoon. “He is a homeless guy. He has never paid rent. Once or twice he had given me money. I always feed this guy. I give him money, couple bucks for cleaning up.”

“I did not take advantage of him. This is what you get for being nice to people,” said Jackson.

Izzo said there are four rooms on the top floor and four people were living there. He said one other tenant paid rent, but was not sure if anyone else was paying.

Jackson denied that four people were living on the second floor. Municipal officials received multiple complaints about living conditions at the building.

Municipal inspectors responded to the building on Monday and declared at an imminent hazard. A staircase to the second floor was collapsing.

Officials issued summonses and a penalty for the obstructed egress to the building’s owner. Building is owned by Grand Street Holding Group, which lists Lisa A. Vasquez as the owner. Vasquez was hand delivered the violations, said officials.

Those living at the building were ordered to vacate.

Jackson said he does not own the building. He said he sold it several years ago. He would not discuss the arrangement he has with the property owner.

Jackson still has restaurant equipment on the bottom floor. He said he ensures no one steals them by having dogs at the site. Jackson said he is there frequently taking care of the “guard dogs.”