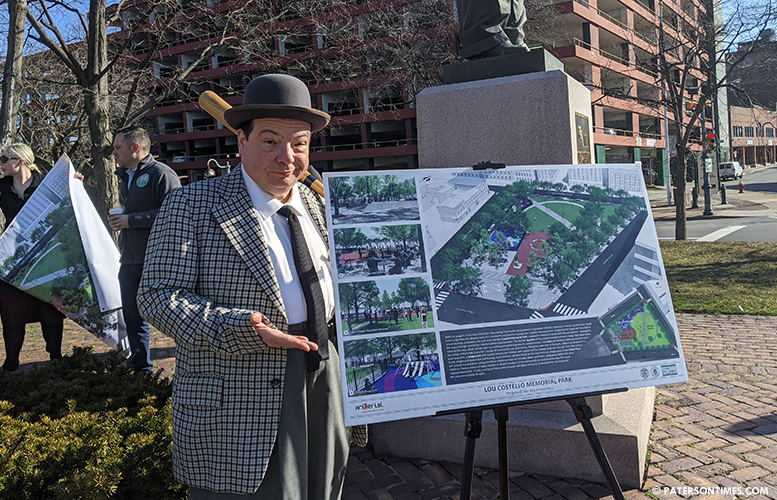 Under the renovation plan, the park will undergo a full re-design. A new playground will be installed. A new stage will replace the existing gazebo that presently shelters vagrants. New lights will be installed. Trees will line all sides of the park on Ellison Street, according to the plan.

Ridgefield-based Adamo Brothers Construction was awarded a $1.25 million contract to renovate the park. Funds for the renovation are mostly from grants, such as federal Community Development Block Grant (CDBG), according to public records.

“It will be the first of its kind, where you have play space for children with autism,” said Sayegh during the groundbreaking last Wednesday. School 2, just two blocks from Lou Costello Memorial Park, has a program for autistic children.

Public documents state the park has to be renovated by the contractor within six months after the contract is awarded.