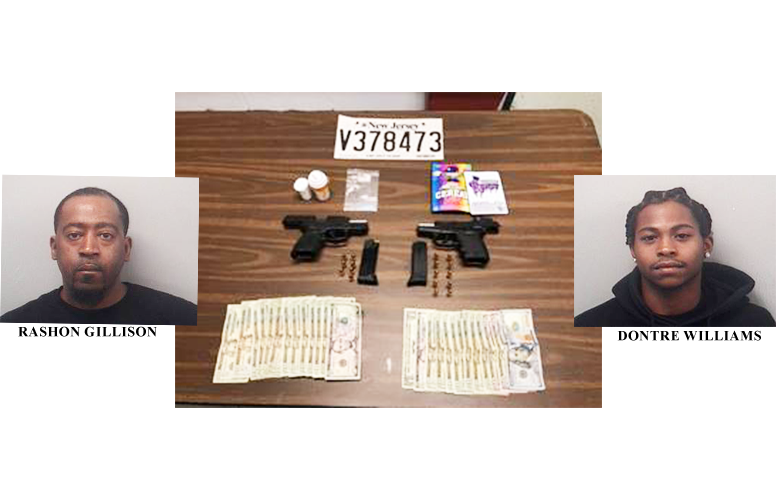 Rashon Q. Gillison, 34, and Dontre Williams, 19, both of Paterson, were charged with various drugs and weapons offenses.

Gillison and Williams were inside a suspicious black Chrysler van that allegedly broke several traffic laws on North Main Street at around 11 p.m. Their vehicle was stopped.

Gillison was the driver and Williams was the front seat passenger in the vehicle.

Williams allegedly had a Taurus G3c 9mm semi-automatic handgun loaded with a bullet in the chamber and six in the magazine.

Gillison allegedly had a defaced SCCY CPX-1 9mm semi-automatic handgun with a red dot sight loaded with a bullet in the chamber and 10 in the magazine.

Officers suspected both men were armed after approaching the vehicle. Both were ordered out of the vehicle and placed under arrest.