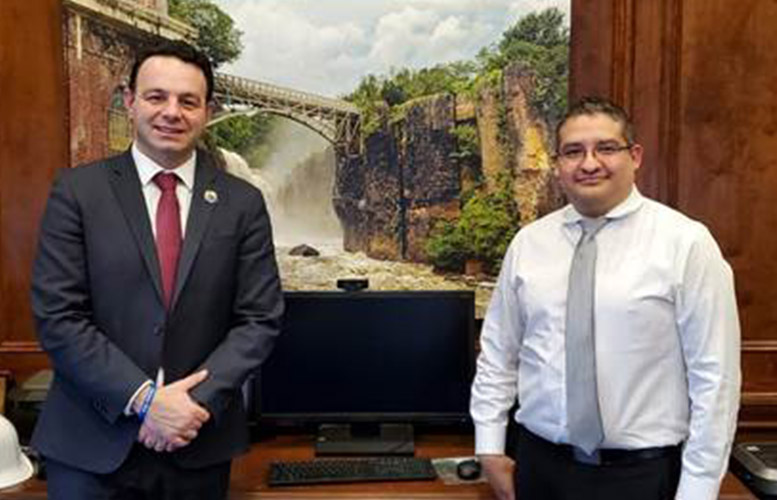 Silva has an accounting degree from William Paterson University. He began working for the city as senior accountant in 2007, a year after graduating. He was promoted to comptroller in 2016.

“He has risen from within the ranks and I am proud to promote him,” said Sayegh in a statement on Tuesday afternoon.

Sayegh said Silva is the first Peruvian American in his cabinet and first to hold the finance director post.

Sayegh replaced Cherone, who had decades of experience in municipal finance. She had served as finance director since 2016.

Members of the City Council praised Cherone and thanked her for her work last week.

Officials said Sayegh’s business administrator Kathleen Long and Cherone have had a testy relationship. Both had tough exchanges during the bungled sewer reforms that led to massive rate increases for homeowners and businesses, according to sources.

Cherone is the fifth high-level official to leave or be ousted from the Sayegh administration over the past two and half years. Sayegh’s former business administrator Vaughn McKoy and law director Khalifah Shabazz resigned from their posts. He later gave McKoy a consulting gig. He ousted popular and well-liked police chief Troy Oswald. Controversial personnel director Michele Ralph-Rawls resigned from the administration last summer.

Silva still has to be confirmed by the City Council.