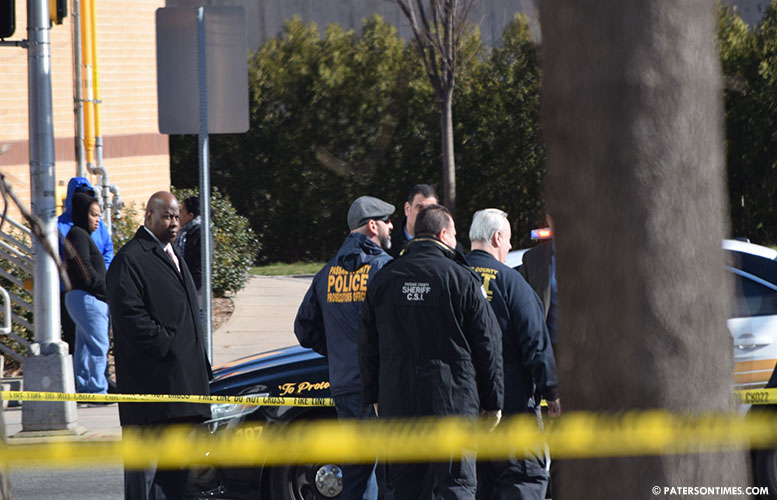 Homicides and shootings in Paterson spiked in 2020, but overall crime dropped 17 percent, according to data released by mayor Andre Sayegh on Thursday.

“Crime has actually gone down overall in a number of categories,” said Sayegh in a press conference at City Hall. 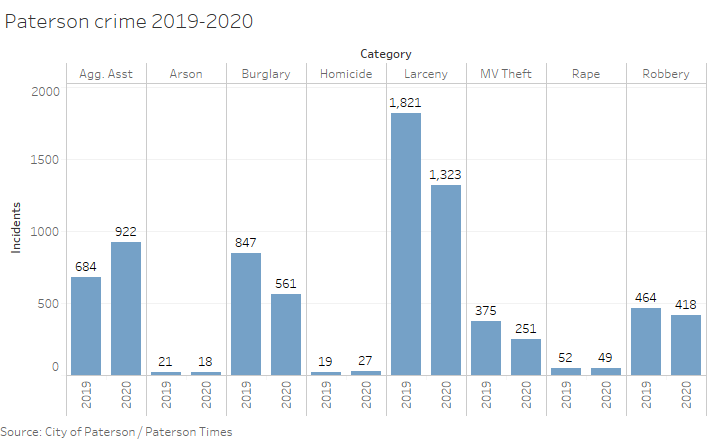 Biggest drops were in burglary and motor vehicle theft.

“Why are homicides going up? Criminologists say because of the Covid crisis. You could easily attribute part of it to that because people lost their normal way of life. They can’t go on vacation. They are afraid to see anyone. They’re stuck in their homes,” said police chief Ibrahim “Mike” Baycora.

Baycora said schools being virtual has also contributed to the increase. Police have arrested teenagers for shootings and gun possession. He also pointed out the number of police officers in the force is down to 2010 levels.