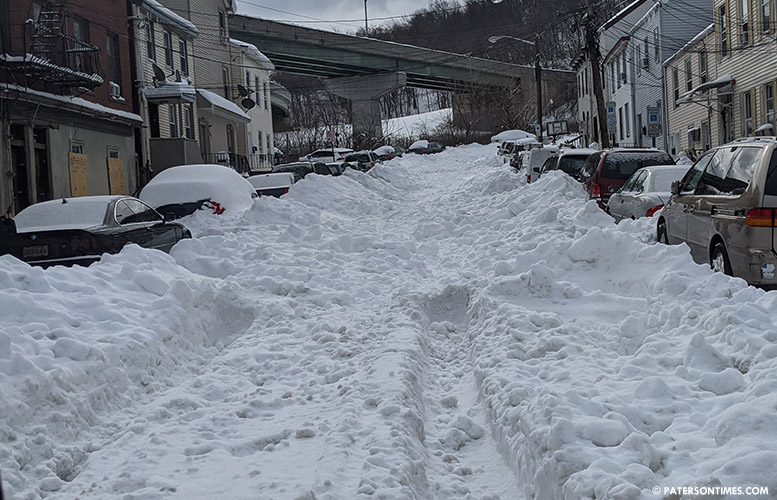 Dozens of residents expressed their anger at mayor Andre Sayegh’s administration’s handling of the massive snowstorm that dumped two feet of snow over the past three days.

Many side streets in Paterson remained impassable on Wednesday morning. This despite a promise from the mayor that side streets would be cleared by 5 p.m. Tuesday.

“He should think about the people in the side streets,” said Lorene Frierson, who lives on Tyler Street, on Wednesday morning. Her street still had nearly a foot of snow, some of it turned to ice. “We need someone to come here and scrape this so we can get out.”

As Frierson spoke, a man tried to drive a van out of the street. Tires spun. He got nowhere.

The driver of the van described the city’s response to the storm as “garbage.” He declined to give his name. His sister lives on Tyler Street, he said. He came to dig out her vehicle so that she could get medicine for her sick child. He said he got the vehicle out from the end of the street, but became stuck trying to back out onto Paterson Street.

“I’m not angry. It’s sad,” he said on Wednesday morning.

Francisco Castillo’s vehicle got stuck on East 23rd Street near Broadway. East 23rd Street was not properly plowed. He and two others struggled to get the vehicle, stuck on the roadway because of the unplowed snow, moving.

Castillo said he saw public works trucks with plows driving around with the plow up.

“That’s what gets me mad. If you’re passing through a street, lower the thing while you you’re going through the street so you’re cleaning it up,” said Castillo.

“I pay $11,000 in taxes per year to get stuck,” said Jose Ferreria, who helped free Castillo’s vehicle from the snow. “It took me an hour to get out.”

“They suck. Every year. This happens every year,” said Shaniqua Thomas. She and her brother, Joaquin Thomas, were shoveling a vehicle out on East 22nd Street near Broadway. “They weren’t prepared at all.”

Municipal officials said eight public works vehicles broke down during the storm. They had 30 vehicles to handle the storm.

“They took two days to come plow our street,” added Joaquin Thomas. “Tell the mayor to stop giving tax breaks and get this DPW situation together.”

Isaac Williams, who was removing the snow from the front of his driveway, expressed his anger at the city’s response to the storm.

“The mayor did a terrible job in getting the public works department to do the job,” said Williams. “They had two days. They didn’t even salt nothing. City screwed up bad.”

Neither Sayegh nor public works director William “Billy” Rodriguez responded to calls for comment for this story.

Both Sayegh and Rodriguez said the three-day storm was unlike others. Sayegh said this was the worst snowstorm in 25 years.

Side streets throughout Paterson were not adequately cleared. John Street and the Spruce Street between Grand and Morris Street were entirely untouched.

“They have to be held accountable,” said Williams. He was among three dozens residents interviewed by the Paterson Times on Wednesday morning for this story. 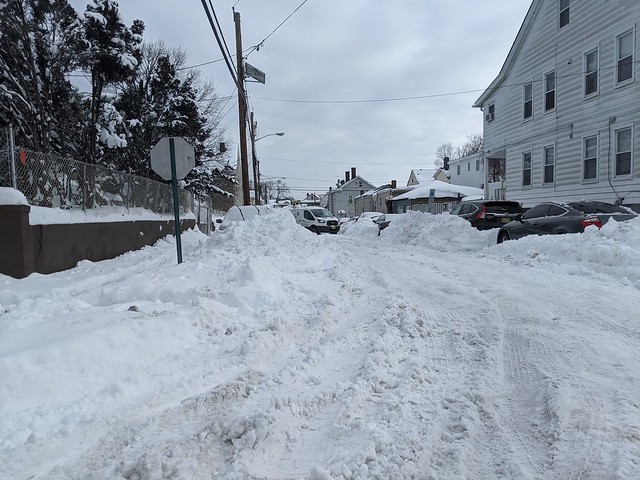