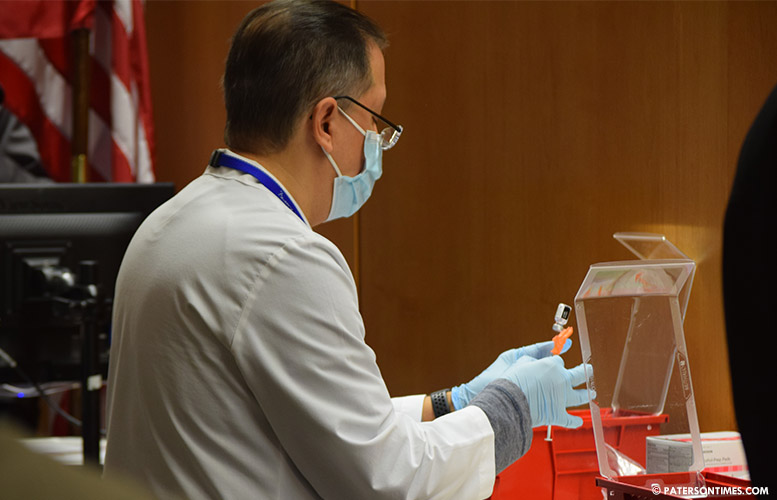 Six senior living complexes are part of the campaign, said Irma Gorham, director for the Paterson Housing Authority. She said the campaign began with 150 shots. She said people had to pre-register for their shots.

Gorham did not have an exact count on the total number of seniors that signed up for the vaccine at the six sites. She said some residents have been hesitant to take their vaccine.

“Today, I’m taking the vaccine, and I can’t wait to say I took the vaccine to folks that may still be on the fence a bit,” said Gorham.

Gorham said approximately 700 seniors live at the six sites run by the Paterson Housing Authority. Majority of the seniors are Hispanic and Black, two groups that have been most hesitant to take the vaccines. Hispanic and Black communities are also the hardest hit by the virus.

“I’m not approaching it with my seniors as a debate. This is the most important thing,” said Gorham.

443 people have died of Covid-19 in Paterson. 363 or 80 percent of the deaths were people over 60, according data made public by health officials.